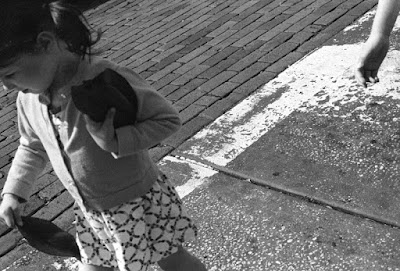 First day off from the factory: worked.  The house guy came over in the morning and we finished up putting the deck together.  I thought I needed him to do the final thing, but when we did it, I realized I didn't.  I have said for as long as I have used him that he is "an artist."  I pay him too much.  As I learn how to do what he does, I realize that I would do it better.  The deck is as good as it is because my buddy and I did things correctly.  The house guy just wants to get the job done.  He has skills, but not love.  I want to learn to do it all myself.  I wish I had learned long, long ago.

Today--the second day of "vacation"--will be work.  I have two garden beds to work in, a shed to clear out and restock, and, if there is time, a study to clean up and clear out.  It is a mess of photo gear sitting on the bed and floor.  I have to take charge of these things.  I will have a good handle on them just in time to return to the factory.

But we are working early today, and we will be done by noon, I hope.  If it is nice, I think we will drive to the beach.  It shouldn't be, though.  Predicted rain.  In that case, we will sink into the couch and watch movies.

Last night we watched "Stranger than Paradise."  I saw it when it came out in 1984 and have remembered it as brilliant.  Watching it last night, I know why.  It is a series of black and white still photographs come to life.  It is a strange, disquieting movie.  I may watch another Jarmusch film tonight, "Down by Law."  This is all on Hulu, by the way.  They have a big Criterion Collection there, mostly foreign films, mostly from the '60s.  If you are into such things, Hulu is cheap enough.

The maids came yesterday, and the house is fresh and new.  The light falls through the shutters and makes dreamy patterns on the walls and floor.  It never ever ceases to thrill me.  It only comes in the morning as I get no late afternoon light.  If I ever get another house. . . .

"What's the problem, boy, don't you have a camera?"

Yea, I got lots of them.  Everybody's got a camera.  If that's all it took, everybody would do it.
Posted by cafe selavy at 7:42 AM