Not With A Whimper, But A Hum 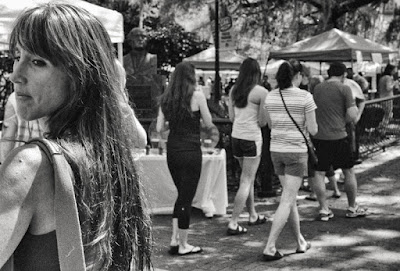 There is nothing but horror and weirdness in the world right now.  Mercury in retrograde wasn't it.  "Game of Thrones" has nothing on my life.  But as Hunter S. Thompson almost said, when the going gets tough, the weird turn pro.  Or what Nietzsche should have said: That which doesn't break me makes me weirder.

The big things, the great conflicts and hideous arguments, we all know, damage us.  But there are the other insidious horrors, the micro aggressions, the constant, low-hum tensions that ruins things, that desensitize us.  We turn dull in defense.

I love switching from first to second person, of course, to get you on my side.  Me and we.

Last night began my five day weekend.  It started with a whimper.  It continues with a hum.  The house repairman just texted me to say he would be here this morning.  Nice to be able to plan things.  I've also made an appointment for Tuesday morning (before I knew I was taking it off) for the canvas company to come give me an estimate on making an attached canopy over the bedroom windows and door.  I am submarining my own "vacation."

I guess it is never enough not to be hungry, beaten, or in jail.  No matter how bad we have it, everybody seems to have it better, no?  I know, that seems backwards, but it is what I meant to say.

"Or as sounded as "A" as in neighbor and weigh."  That's the part they quit teaching kids in school.

All of that makes me wonder what has been left out of what they taught me.  I can't seem to put the pieces together any more.  It must be a lack of education, I think.  Surely there is something that they didn't tell me.
Posted by cafe selavy at 8:16 AM