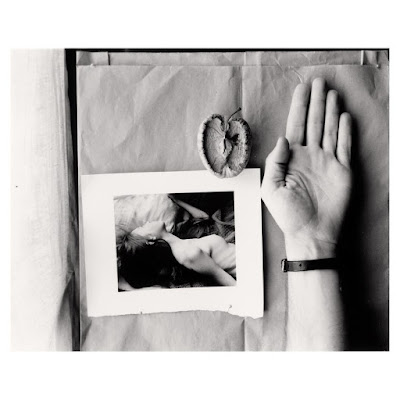 I don't remember who made this image, so my apologies to the photographer.  I like it.  Why am I not doing something likewise?  This, for Jove's sake. . . at least this.

The weekend of perfect weather is over and so is the deck.  Mostly.  I have decided to build a little extension of it and to put up rails.  But those things are ancillary to what I have had to get done to function.  The deck was topped at approximately ten minutes per sixteen foot board.  We were careful carpenters, setting marks before we set the screws so that they all line up perfectly.  I made the cuts around pipes on the wall and did a fairly decent job.  My buddy helped all three days.  Nobody does that.  I will be buying him something very expensive (though I did take him to a nice restaurant each night and bought his drinks as well).  By the time it was finished at 5:30 on Sunday, we were whipped.

My mother came over and we were able to have drinks on the deck.  The walkers came by and waved and said, "Looks nice," etc.  I'd done thousands of squats and bends and could barely wave back.  That first beer was a good one.

But the work is not done, and I am on to the next thing.  The house is coming together, though, and the results are making me happy.  We sat late in the afternoon under in sol y sombre, the tree's having been trimmed, the lower limbs gone, the thinner canopy high above us.

People say that old houses have more character.  When I bought the house from a senior citizen, he told me that old houses were for young people.  That was twenty years ago.  I now believe him.

Now I must do some gardening and clean up before I ready for the factory job.  It is nice.  It is o.k.  There are worse things I could be doing.
Posted by cafe selavy at 8:38 AM