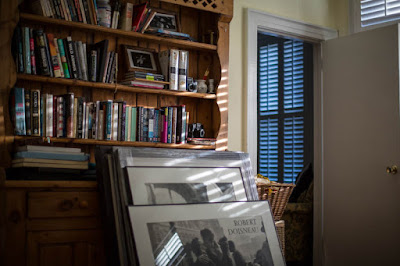 I'm wiped this morning.  I stumble around without awareness.  I was at the rodeo last night working on a video piece.  There was no rodeo last night, but we did interviews with the rodeo's head boss (who was a woman) and with some rodeo pageant queens.  Oh, yea. . . there was a pageant, three age groups, a stage, an MC, a crowd of moms and dads. . . and there were horses.  I got confused for awhile as the publicity people kept telling me that there were going to be a lot of old queens in attendance.  What they were saying and what I was picturing were two different things.  I got it when they led in a bunch of girls with cowgirl hats and sashes.

We interviewed the current state pageant queen and the current rodeo queen.  They were in full cowgirl bling, hair teased and blown. . . and I never took a photo.  After it was over, I kicked myself.  But I was doing the interviews and was totally focussed on making video, and you can't divide your attention and do justice to either thing.  I have no photos evidence to share with you.

Now I know you want to ridicule the idea of a rodeo pageant as it is not part of our modern sensibilities, but I was not there to judge nor to criticize but to record the thing before me with love and respect and proper attention.  Even if I wasn't, however, I would have been won over by the two seventeen year old girls I interviewed, and you would have been, too.  They were poised and sharp and full of personality.  They were sweet and funny.  And they were both headed off to college helped by the scholarship money they had won.

O.K.  I tossed them softball questions, but this is a Chamber of Commerce sort of piece and not the dark underbelly of the rodeo investigative thing.  Either way, though, I would not have smeared either of these girls.

I just wish I had taken photos.

But last night, there was lots of loving America and honoring the veterans and those serving in the military.  There were prayers and The Star Spangled Banner and inspirational sayings.  I didn't see many Bernie supporters nor a transgender bathroom.  But I go back again tonight when the real rodeo begins.  Maybe I'll ask.

Tonight's interviews will be with cowboys.  Tougher crowd.  I like cowboys plenty.  I have a suspicion, though, that the feeling may not be mutual.  I hope I'm wrong.

The thing about doing a run-and-gun documentary this way is that nothing is planned, nothing ready, so you have to be hyper-aware of everything going on, mind and adrenal glands cranking.  Driving home, it felt like I'd run out of crack.  The only thing I wanted to eat was sushi, so I drove half an hour out of my way to get some sake and tuna and sit alone at the bar and think.  When I got home, the cat was hungry and the whiskey bottle nearly empty.  After a trip to the store, I finally sank into the couch and watched a little t.v.

This morning, I'm wondering why I ever wanted to start this project.  It was a lark, really.  I haven't done any video work for years.  But I am in it now for three more days.  Nights, really.  Oh, but I remember now.  When I pictured the rodeo, it looked something out of "Gunsmoke."  I envisioned wooden corals and fences and horses and bulls and all the cowboys old and new standing in chaps with one foot on the bottom of the fence, leaning confidently on a post, etc.  I live in a fantasy world, though.  This rodeo takes place in an indoor arena.  You can't find a piece of wood.  You don't see the animals.  There are laser lights and mega sound systems.  I don't know if you can find the old outdoor style rodeo any easier than you can find a tent circus.  They are still around, I guess, but not at this level.

I do not get to rest today.  The wrecking crew comes and the house painter is on a ladder chipping and banging away.  The lawn man will be here soon.  I have to go get samples of paint and look at a new security door (that the painter broke yesterday), and I need to check on the price of new windows and fax (fax?  who the hell uses faxes?) my signature to the awning company.  I'm not sure what the final bill for all of this is going to be.

And all I want is for everything to go away, all the maintenance and repairs and gardening and rodeos.  All I want to do is put on some music and sleep.