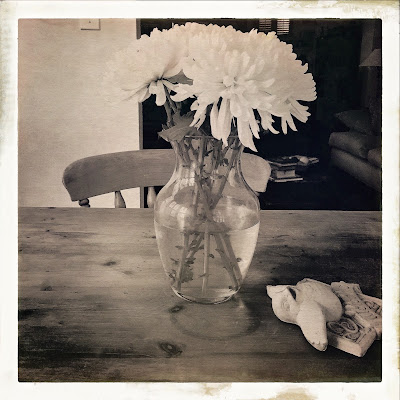 Everything stops for a bit.  A madman with guns.  Victims.  I hope nobody I know was there, but that is a selfish response.  People call.  "I just wanted to make sure that all my friends were safe."  Putting yourself into the event, having some part in it, so to speak.  My response to it is pretty reactionary.  We either change the constitution or we don't.  Ban both guns and religion and see how that works out.  They are a terrible combination.  Having the best weapons in the place will give you a big advantage.  Just ask Native Americans.  That's why we have the largest military budget in the world.

I've written a lot of stuff here that I have just deleted.  Immediate responses are usually a mistake.

Everything stops for a bit.  I'll just press pause.
Posted by cafe selavy at 8:52 AM