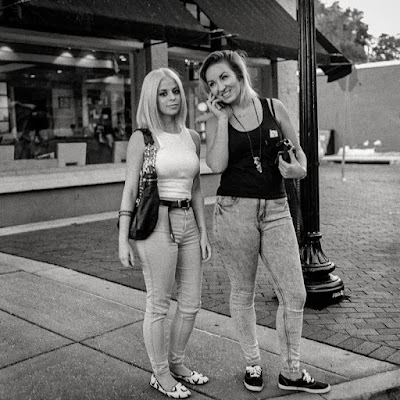 I watched "Leaving Home, Coming Home: A Portrait of Robert Frank" yesterday (link).  I had never heard of it before yesterday.  It was a revelation.

I've been watching a lot of photo documentaries and I've been reading the bio on Diane Arbus, and the glaring thing that comes through in all of it is that these were not really easy people in any way.  They may be fascinating, and they may make interesting things, but man. . . you'd have a hard time living with them.

Robert Frank probably isn't the father you want, Diane Arbus not the mother.  At least that is my thinking right now.

I have had many crazy bohemian friends who were intelligent and creative and shared a spirit of joi de vivre.  Ditto.

I've thought that you have to be damaged in some way to want to express yourself through writing or art, but Instagram and Facebook are making me rethink that.  Even "standard" parents seem to want to reveal something, though it is usually sanitized, sentimentalized, and veiled.  If you want to be like Frank or Arbus, you have to get on the therapist's couch publicly and shed all of that, even if you don't know that is what you are doing.

I'm not making much sense here, though, and can't write what I thought I might.  I am under some spell, some miasma.  My limbs are heavy and vibrating, my brain is fogged.  The house repairman had to wake me this morning by banging on the door.  I was supposed to leave a key for him which I didn't because I knew I would be here.  But I slept fitfully through it all.

I am staying home from the factory today.  I had hoped to get some personal things done, but it has turned into a sick day.  The painter is starting on the apartment and has found lots of rotten and dangerous wood to repair.  The bill keeps going up.  I keep writing checks in hopes that he can make it all new again, that the structures will be sound.  He works hard, and I realize that I would rather spend the money than try to do the work.  He knows what to do.  I don't.

Here is a photo I took some months ago when I was still carrying a camera.  I was just learning to shoot with the Hasselblad.  This one was almost in focus, almost framed properly.  I will need to spend money on a new focusing screen if I want to continue to use the camera, one that is brighter and sharper.  $150.00.  This photo almost pleases me enough to want to try again.