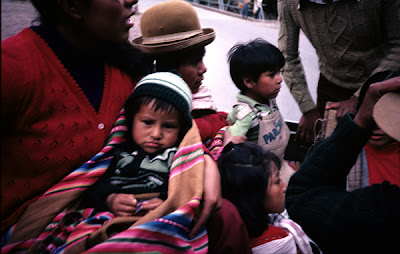 The next day is a dim memory. I think I saw the Palace and the Cathedral. The Gold Museum was closed. To err on the safe side, we left early for the airport. It didn’t matter to me at all. Twelve hours in Lima was enough. The way out was no different than the dreary way in. In the cab, Brando talked about the difficulty of landing an airplane on the runway in Cuzco. It was short, he said, and the pilot would have to drop the plane precipitously over a mountain top on the approach and bank the plane at a steep angle. We were flying in aircraft retired by the American airlines, he said, too old to be legally flown there. “And yet”, he exclaimed, “Peru has an excellent safety record.” I struggled to recall some story about an airplane that went down in the Andes in which the survivors were forced to turn to cannibalism in order to survive. Something horrible. Brando suggested we had time to get a drink before we boarded the plane. 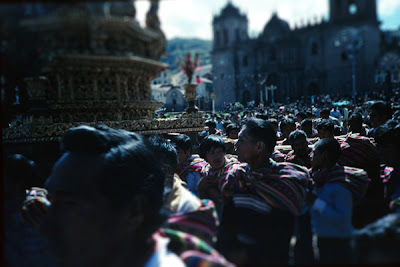 Religion and politics. We entered Cuzco the day before Inti Raymi, the ancient Incan religious festival marking the Winter Solstice. Pilgrims had entered the city from all corners of the Sacred Valley. From the airport, up the Avenido del Sol, Cuzco’s main boulevard, the street was full of families and soldiers. I caught glimpses through the window from the back seat of the taxi as we hurried to our hotel in a quieter part of town. 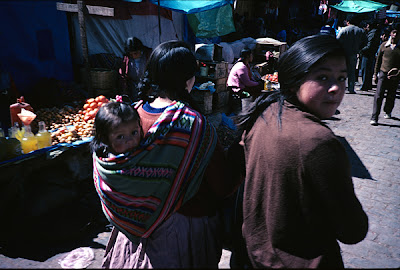 Hotel Garcilasso is part of the villa that belonged to Garcilasso de la Vega, the most famous Peruvian historian. It was old and attractive with a boutique look—sun-filled courtyards with café tables and umbrellas surrounded by stone archways and painted balconies. Without heat. Hot water was provided for about two hours in the morning if you showered before Brando. But there were stucco walls and clay tiled roofs and clay pots filled with flowers, and beds with cold white sheets and heavy wool blankets. This would be home off and on for the next five weeks. 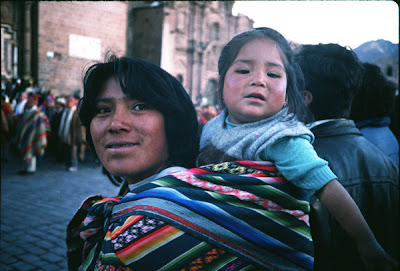 Cuzco sits at 11,000 feet on the spine of the Andes. Brando’s strategy for dealing with altitude sickness was simple—drink a cup of coca tea and go straight to bed and rest. Terrible, for all around, the city pulsed with something I had never dreamed before, about which I felt I knew nothing. Descriptive phrases from Brando’s slide shows filled my head as I tried to rest. It would all come true, I felt, but there I obediantly and restlessly lay. 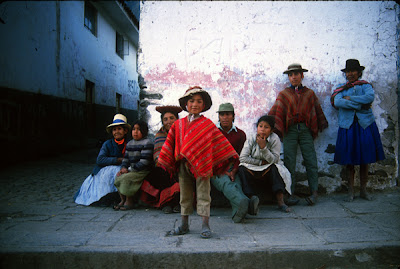