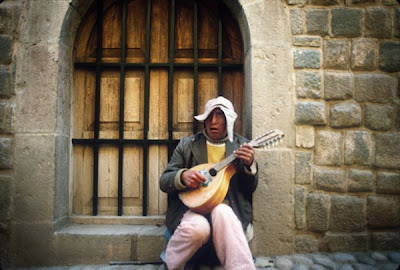 The next morning was Inti Rami, the Winter Solstice, and we met at the Plaza for breakfast. The crowds had already formed and were making their way to Sacsayhuamain where the sacred celebration would take place. Brando would not be going. He had gone many times before, he said, and he wasn’t interested. The whole show was like a Disney production put on for tourist, but he said we should attend. “You have to see it once.” He wanted to hang around town and look up a woman he knew. My Spanish was poor, but I figured I’d get around alright. All we had to do was follow the crowd which was already streaming up the hill. The others in the group began to wander around the makeshift stalls looking at the wares that were everywhere for sale, llama wool weavings, musical instruments, silver jewelry, chicha.  Unknown foods cooking on brazier’s, hypnotic melodies from local bands, the dull roar of the other languages-- a conspiracy against my foreign senses. 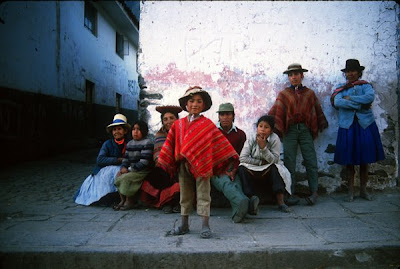 And suddenly she was before me, the German girl from the day before. She was tall and wild with big eyes and a carnivore’s mouth. I smiled nervously. “Hello,” I offered and received a hello back. I asked her in English if she was going up the hill to the festival. Her English was as bad as my Spanish. Well, no, not as bad. I tried asking again in Spanish. She laughed. I wasn’t sure what I had said. Somehow, though, through pantomime and a polyglot of desire we began to make ourselves understood. Yes, she said, she was going. I don’t remember much else but the way she looked standing there in the Plaza, a seeming foot taller than the local crowd, her broad, clean face more familiar than the Incan faces that looked up at us but foreign, too, alien in language and culture, more worldly than I. 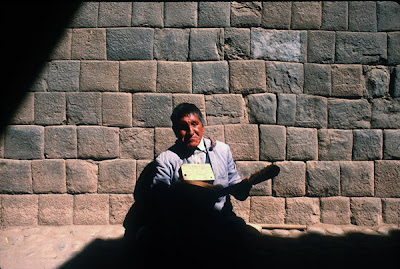 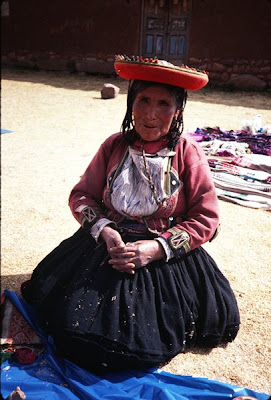 As she prepared to leave, she smiled and kissed me on the cheek, and just as she had the day before, she spun on her heels and was gone.