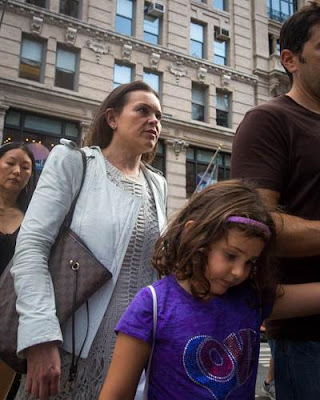 The convention ended with a whimper, I think, rather than a bang.  I would have stayed up to watch Hillary's historic speech if they hadn't pieced together a tapestry of amateur testimonials leading up to The Moment.  I'm not saying that those weren't important messages.  They just weren't in the right place.  Perhaps.  It was their/her convention, not mine.  I tried, but I couldn't stay up.

Summer sleep here in the tropics is not a real sleep at all.  It is some imitation or perversion of sleep, one that is barely restorative.  It is something you wish to escape.

I've been having vivid dreams.  Of course, they are confusing and disturbing, riddles wrapped in figures with no clear meaning.  I've dreamed much of big cats--lions, tigers, and panthers--passing me in the stairwells of the factory.  I am going up, they are coming down rapidly as if trying to escape.  It is over in a terrifying moment, but they pass me quickly without looking.  I know that other people's dreams are boring, but I don't mean to talk about the dream but about the dreaming and the summer's debauched corruption of sleep and of the resulting lassitude and disintegration of the mind and body and spirit.

In summer, I am a sleepwalker of sorts, a somnambulist waiting for the dimming of the light and a cooling of the air.  Southern summers can cripple you if you must suffer it day after relentless day.

But I am taking a break.  I'll be holed up in a treehouse on a cold river with a boat to take me to the bay where I will collect scallops and capture fish.  It will be lazy water time for a little while soon in shorts and t-shirts and flip-flops talking to the locals and the natives, trying to quickly master the dialect so that I can speak in their native tongue.

I will report.  And--fingers crossed--I'm hoping for pictures.
Posted by cafe selavy at 8:47 AM