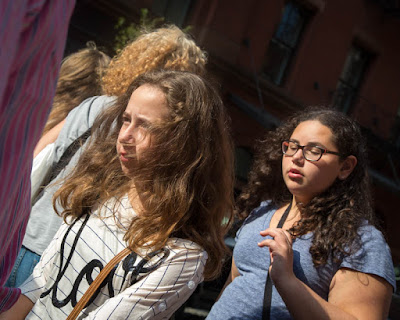 I think that I might make some new photographs this weekend.  Maybe.  The weather forecast isn't good, but that should not stop me.  The major obstacle to overcome is will.  Or the decided lack thereof.  Best case scenario is that I simply limit myself to one camera and lens and just go shoot.  That, however, would be a commitment, something I'd rather eschew.

I could just stay in bed and read.  The weather and my personal economy depress me.  I want to take a trip.  I want to buy a camera, a vespa.  Rather, I will go in debt to buy a roof.  The second roofer came out yesterday and called me last night to discuss some things he needed to know before he could give me the estimate.  From the sound of things, I would not bet on a lower number than the one I got for the first bid.  I was informed that a lot of my beautiful jasmine and my brand new awning would and could get damaged.  One step forward, one step back.

Leica has a new instant film camera.  Fuji is making new instant film.  Instant film is more fun than digital, but it is expensive which makes you really think about what you want to photograph.  I am going to try making some very expensive instant images this weekend with the 8x10 camera.  I hope the new part I got for the processor works.  $19/sheet doesn't leave a lot of room for mistakes.  But it is old film from the studio days and not a recent purchase, so the investment is an old one.  Oh, I couldn't justify it now.

My friends are all traveling.  I don't know if I am being punished or tested.  But that is not true.  I know that it is neither.  Things just are.  We each in turn have our own deals.

Mine now is to prepare for the factory.  A day of occupying space, I think, as I have little to nothing on my agenda.  I will chafe against the minutes and the hours until I am set free.