Almost On the Road 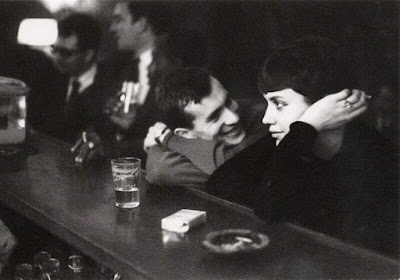 Candid or staged?  I don't care.  This is what NYC looks like to me after a day out, as evening begins to spread across the sky, dark and somber.  These are the pictures I want to bring back, memory pictures, mood pictures. . . imaginary.

I fucked up the tickets to New York, though, and booked a p.m. rather than an a.m. flight.  My traveling companion is very mad at me, blames me, says it is my fault.  Probably.  I am not always so very careful.  But I have degrees and know that there is an answer--some sort of answer--to this problem.  I booked the trip on Orbitz because it was so cheap months ago, but now that has only compounded the problem.

First, I say, let's contact Orbitz.  Well. . . you can't, at least not at night.  They have "regular" working hours.  I sent them a strongly worded message, of course.  I'm sure they will make a policy change now.

I will never book with Orbitz again.

There isn't one.  I sent them another strongly worded message.

That worked.  Except--it would cost us $250 each to change the flight.  The lady on the phone was very nice, though, and told us that if we called after midnight, we could change for $50 each.  Yay!  See, I said.  So we stayed up long after our normal bedtime and called at the appropriate hour.

Wrong day we were told.  We needed to call after midnight the day of the flight.

I am tired today and feel a cold coming on, runny nose, scratchy throat.  I am old and need my sleep.  We will have to stay up tonight, too, then get up early for our morning flight.  I will go to bed at eight, maybe, and set my alarm for midnight.

Of course, our flight will probably be delayed.

I am an anxious traveler.  Did I tell you that?  I have too many emotions running through me and worry that everything will go wrong.  I am a mess, really, but I am a good traveler and a great traveling companion.  So why is it that most of my trips, I travel solo?

Maybe it is because I fuck up booking the flights.

I may have fucked up booking the hotel, too.  Not the times, but in choosing the hotel.  Since my companion has not been to NYC before, and because we have little time, I booked a nice hotel in midtown.  Easy travel up and downtown.  Easy traveling east and west.  At least that was the idea.  I usually stay Upper East.  It is just my habit.  But I have stayed in this Dorothy Parker hotel before.  I hope it works out o.k.

I packed my suitcase last night.  I packed my cameras.  That is the hardest part.  But I know that I really only need one.  I will want to travel light.  And with a traveling companion, I don't know how much photography I will do anyway.  Taking pictures is a solo operation.  I will be otherwise occupied, I think.

Damn, though, I would like to take that picture this trip, the one by Almasy.  It is a beaut.

You won't hear from me again for a while, perhaps.  Maybe.  We shall see.
Posted by cafe selavy at 8:36 AM