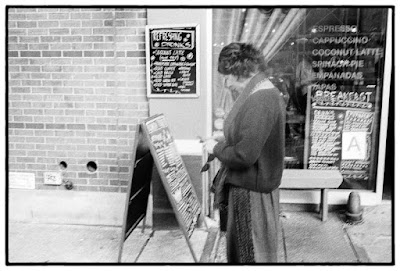 Apparently Halloween is just around the corner.  I am always preoccupied as this sort of thing approaches,  always caught by surprise.  People will have costume parties and such this weekend, I suppose.  I will need to purchase some candy in case trick or treaters come to the door.  Which night?  Will they come on Monday or has there been some weekend declaration of which I am not aware?

I'm afraid I am a disappointment to my friends who revel in celebrations.  I must certainly be a drag.  I once took pleasure in Halloween, I think.  Maybe I've gotten too old for everything.  It happens.

As you might guess, I still have not solved the happiness dilemma.  What is to be done?

I left work early yesterday.  The weekend stretches before me like a hopeless curse.  Not even food and drink will succor me.

The world is full of horror.  My cousin went to the doctor to have some polyps cut out of his nose.  The doctor cut too deeply and my cousin began to lose "spinal fluid" through the wound.  This is what my mother tells me.  It makes no sense to me, but my cousin was rushed from the surgical center to the hospital's intensive care unit.  They took him to surgery and removed fat from his belly to pack into his nose, then they took a flap of skin to graft over it.  Again, this is what my mother tells me.  If this doesn't work, she says, they will have to "go in through the forehead and take a piece of bone."  I'm certain that none of these details are exact, getting distorted, as they will, through the hillbilly telegraph, but I am also certain that something like this has put my cousin in intensive care.  It is a horror to think that you go in for a seemingly pedestrian procedure and end up knocking on death's door.

The truth in this story is clear, though.  We are not favored by the cosmos.

That tale is enough Halloween for me.  I haven't watched a World Series game yet, but I might tonight.  Perhaps I will help my friend make some Halloween food served on Halloween plates and served in Halloween glasses.  Perhaps I could lose myself in something like that.
Posted by cafe selavy at 8:52 AM