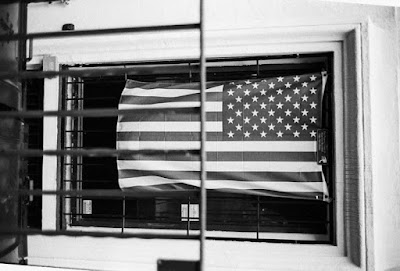 I haven't had great luck since going to NYC.  I caught that terrible cold that won't go away.  I had the spot cut off my shoulder, then put anti-fungal instead of anti-bacterial cream on it.  Now it is read and swollen and looks infected.  I crashed the Vespa and then a day later trying to kickstart it, I f'ed my knee up so badly I can't sleep at night.  I'm a mess.

But just seconds before the race, I clicked onto this (link).  It is live coverage of the single-handed 'round the world sailboat race.  Nonstop.  That's the key.  I have been fascinated with this since the I read about the first one so long ago (link).  Madness all around.  I was especially taken with Bernard Moitessier's story (link).  He sailed around the world but didn't stop and sailed on halfway around the world again until he reached the Pacific.  I have the book he wrote about it.  I read every book about men and women who sailed solo around the world that I could get my hands on.  I had my own small sailboat then, and I solo sailed it every weekend.  I took a course in seamanship and wanted to learn to navigate with a sextant.  I was ready to upgrade to a bigger, more seaworthy boat, and almost bought this one (link).  I had sailed several and had chosen one.  I sat on the dock with the owner, money in hand, when I decided I would go to graduate school instead.

I have been watching the race this morning.  I wish I could get it on my t.v.  I would leave it on day and night.  It will be easier for them than it was for the fellows in the 1968 race, but it won't be easy.  They have better materials, better boats and better sails, and they have better ways of packaging food.  They have satellite navigation and radios and computers, so they will not be as alone as those sailors were in the first race.  It is very spooky to be completely out of touch with everyone when things start to go wrong.  The demons you own begin to own you.  The big temptation is just to lie down and let whatever is going to happen happen.  I should speak for myself, I guess.  That is what I struggle with.  Others have their own problems.

I must go tend to my infirmities now.  I need to patch myself together to face another day.  The darkness will come quickly.
Posted by cafe selavy at 8:18 AM