Best At Doing Nothing 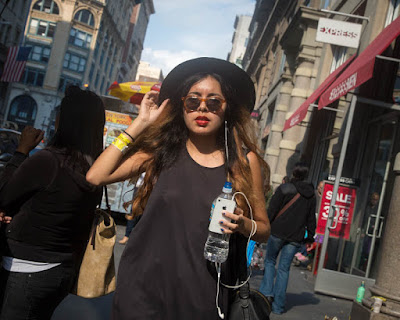 Last night, the real Christmas season began.  I am done with work for the rest of the year for the most part.  I may have to go in to the factory for a bit next week, but I am using personal days and so am for all practical purposes--done.

I left work early so that I could get Q's Fuji camera shipped at the post office.  I never got to use it, really, as the batteries would not charge.  Q says it was fine when he sent it to me, but he didn't include a power cord for the charger.  I tried one of mine that had the same configuration, but the batteries never charged.  I hope it works when he uses the cord it came with.  Otherwise, I will have to buy him replacements.  I swear, though. . . .

After that, I took the Restoration Hardware Christmas tree to a lamp shop to get it repaired.  I thought that the switch was bad.  That is what I hoped.  When I called the shop, the voice on the phone said he thought he could repair it.  He looked around the shop and said he found a switch.  When I got there, he opened the switch, took the wires out, touched them together, and the LED lights of the tree came on.  I was pissed.  Not because it worked, but I could have done that at home.  I could have hardwired it and just plugged it in and unplugged it.  Or I could have gone to Home Depot and gotten another switch for a couple bucks.  He didn't charge me much for the repair, but I could have done it myself and looked like a real man.

After that, Ili and I did some Christmas shopping with Ili.  It was quick, and soon we were eating at a Turkish restaurant on the Boulevard.  I felt accomplished.  I mean, I had gotten so many things done in such a short time, and here we were out at night among the throng eating and drinking and laughing and looking at the festivities.  That is what I am like when the factory disappears.  I am practically normal.

When we got home, we took the little live tree we had bought and put it on the front stoop opposite a three foot snowman.  He isn't plastic; rather, he is soft and colorful.  The little tree is lit with battery powered lights that we bought at the grocery store.  And just like that, the house was looking festive.

We put the Restoration Hardware tree that we bought last year back where it belonged.  We bent the branches (an endless and ongoing activity as we constantly fiddle to get it perfect) and hung the tasteful bulbs.  Then we plugged it in.  For me, then, it was Christmas.

We were listening to a holiday jazz station on iTunes radio and drinking Kahlua and cream for desert.

"Let's turn the lights off so we can see the tree better," Ili said.  And there in the half light, the little tree stood as a beacon of sophistication.

As we snuggled and cooed, I looked up at the ceiling fan.  It was strobing like crazy.

By coincidence, I read an article today about photographing Christmas trees with LED lights.  It is difficult, apparently--BECAUSE THEY FLICKER AT AN INCREDIBLE SPEED!"  Unlike incandescent bulbs which stay lit. . . . It makes sense, though, right?  They say not look at computer screens before bedtime because the flickering disturbs your brain in some way.  But what does that matter if you have put them in the lamps all around your house?

No more LEDs for me.  I am taking all my expensive bulbs out.  I'd rather go by candlelight.

Still, I love the Christmas tree.

This morning I read that Leica is coming out with the digital camera I will want.  It is as thin as the film cameras and does a little more than the one I just bought does.  Of course.  I will have to have it.  I will sell or trade my new one in probably.  I got a good deal.  I won't lose.  I will sell it to Q for a good price.