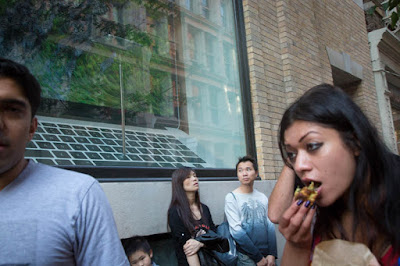 Yesterday, I played a trick on you--and myself--when I spoke of "facts."  I said that the facts were changing when scientists found the moon to be older and when the Chinese government changed the dates of the China/Japan war.  That was a stupid statement.  The "fact" is that a scientist discovered something new and made a conclusion.  The age of the moon didn't change.  The "fact" is that the Chinese government made a decision.

But I felt better when I read Q's post.  He commented that "these people are a bunch of ignorant assholes," and then pondered what might be “if they could only understood their own dilemma.”

We are like that, though.  We don't feel the need to be in the right to criticize.  We write blogs, for Christ's sake. Who does that?

Today is Friday the 13th.  It should be Inauguration Day.

The Lone Wolf Moon would not let me sleep last night.  I ached from head to toe and slept fitfully if at all.  Now this.

I should buy something big.  There is a camera I want.  I don't take pictures any more, so a camera would be just the thing.  I'll consider it.

O.K.  Watch your step.  Danger is in the air.  Vapors.  Miasmas.  Things unseen and, perhaps, unknown.  Do what you need to.  Gird your loins.  Wolfsbane and garlic.  Umka and elderberry.

Arsenic and oleander.
Posted by cafe selavy at 9:05 AM