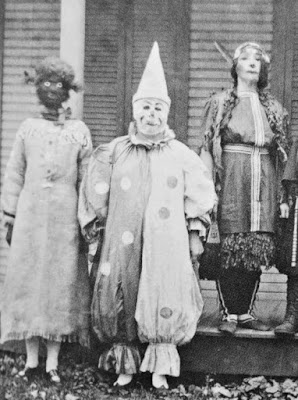 I don't know why Q wants to blame me for the troubles in his life (link).  I read all those books and I'm perfectly fine.  It is probably a fitness thing.  Genetic, I mean.  There are certain genes that are stimulated and only act under certain environmental pressures.  He should have been more like Trump, perhaps, who did not read Bukowski, I'm pretty certain.  Nor the beautiful H.S. Thompson.  I love Thompson's writing and think it is among the most important of the late 20th century.  But he didn't inspire me to fry my brain with drugs.  Nor did Bukowski make me want to work at the post office and live in a flophouse.  I read those things and went to school and went to work and eschewed living much differently than the people around me.  A little, I guess.  Mostly in thought.  I'm sure that I think much differently than the people around me, and I say things that are quite shocking to them.  And I've given a paltry effort to trying to create things which is more than most of them want to do.  I had an art studio and hung about the borderlands a bit, but even the mildest of men will take the occasional illicit trip to the bathhouses.  These secrets are the fun ones to mine which is what I tried to do with my photographic series.

But to live a life of personal defilement--you must to be a stronger person than I.

A friend of mine, a Ph.D. in literature, once told me that he thought reading modern works was a path to depression and madness.

"Really?" I said.  "Why?  It always seems to cheer me up.  I like knowing there are people who struggle with existence, who are more fucked up than I."

Or at least as.

But I've learned an appreciation for the Victorians who liked veils and masks.  Life is dirty.  We must try to hide the face and strive to make it pretty.

Hell, as we all have been reading these past few days, even president elect Trump likes to piss in hotel room beds where President Obama has slept.

Which the left thinks is the great "gotcha" moment.  What they don't realize with their Puritan Jihadist ways is that most people get a kick out of that.  Trump's base isn't going to turn away from him for that.  They appreciate the Hatfields and McCoys.  Life is about retribution.  It was the left, not the right, who did Weiner in.  Hell, I've read that more republican politicians have been arrested on sex related charges than have trannies.  There's an accomplishment to brag about.

That's the thing I liked most about Obama.  O.K.  That's a weird pronoun reference.  Problematic.  Perhaps I should leave it that way.  But I'll clear it up.  Obama accepted all the weirdness while appearing to live in the most conservative of ways.  I watched part of his farewell speech from Chicago this morning and actually had tears rolling down my face.  His departure from the White House is a terrible tragedy.  I believe I am using the word "tragedy" correctly here.  He has been a pillar of reason and good faith.  The Obamas have acted as the black Cleavers in the White House.  I'm really going to miss all of that.

But Q, old sot, gird your loins.  The weirdness is only going to get weirder now.  The pigs are greased and out of the chute.  There will never be a stranger time in America than what is coming.  And I promise you--you'll be glad you read all those books in preparation for what is sure to be.
Posted by cafe selavy at 8:11 AM