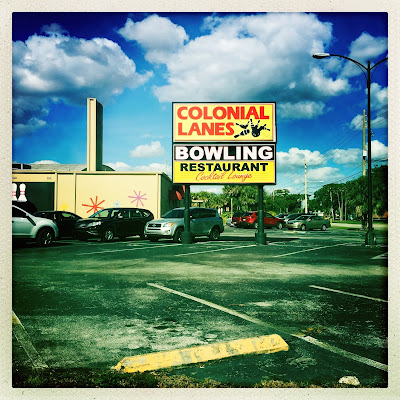 MLK Day was good for me--another day away from the factory.  I don't mean to be blasphemous, of course.  I DID go to the local MLK celebration.  I tried to take pictures but people weren't as into Whitey as they used to be.  Is that still even a term?

But I get ahead of myself.  After lying about all morning and then going to the gym, showering, etc., it was time for lunch and the day was gorgeous, so. . . oh, my little Vespa.  Hayzeus Marimba am I glad I bought the scooter when I did.  It has been the perfect toy for the warmest winter in history.  Puffy clouds and the most crystalline light you have ever seen. . . have I said all of this before?  It bears repeating, I tell you.

And so we lunched at a sushi place where I got edamame and pho and Ili had tri-tail sushi.  We sat outside on a Disneyworld sidewalk in a kind of Stepford Wives community that Ili says appeals to her OCD, a perfectly planned and landscaped place where neither you nor I would ever want to live, but since it is within Vespa distance from the house, it is like visiting another world, another planet.  It is fun on other planets.  The creatures are special and the customs strange, but it is familiar enough to navigate much like the Robins family did in the first episode of "Lost in Space" which Ili and I watched Sunday night on Hulu.

After lunch, we wanted more Boba from the little spot we discovered the day before, so we took many left turns which brought us to a major highway that I had no interest in travelling.   We crossed it at the light and came onto an airport road that wound through acres and acres of giant "carports," strange open structures that protected planes from the sun and rain, and then more acres of small planes tied down with hurricane anchors, I guess, and miles and miles of treeless runways, nothing higher than a few feet but puffy clouds, searing sunlight, and deep blue sky.  I was lost in a good way as we drove down dead end roads, turned around, tried to cut across big fields that were inevitably fenced, turning back again and down other roads and two wheeled paths, then more, until we came back to the big highway where (to Ili's dismay) I decided to take the small sidewalk against the oncoming traffic until we could turn into a parking lot and jump a curb that let us out onto a feeder road that skirted more miles of airport until we finally hit the parking lot of a big strip mall that I knew would lead to the road where the old dairy farm and milk factory were.  Oh fuck oh fuck, what fun.

Then through unfamiliar neighborhood streets that finally took us to the Asian center of town, that took us to an old, beat building where there was Boba. 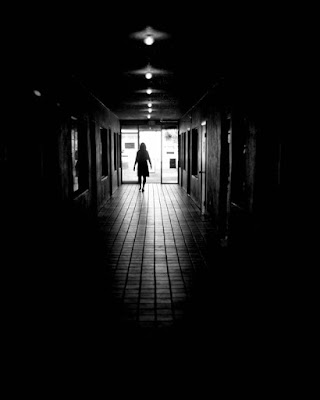 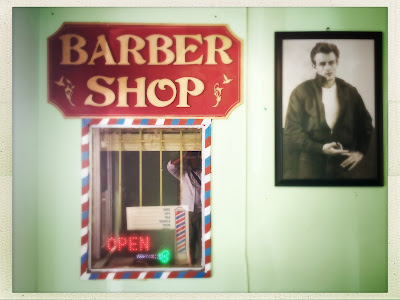 On the wall at the entrance of the hallway, someone had written the word "cock."  No drawing, just the word.  Of course, I got a picture of Ili standing beside it as illustration. Who would want to forget that?

By late afternoon on a perfect day, we were home for a rest, a mini-nap, if you will, before heading out to the little MLK Day event in my own little hometown.  It was winding down by then, however, the shadows long and sharp, and soon it was time to go home to cook the evening meal.

I don't know how people can get bored when they retire.  Days pass too quickly.  There seems so much to do.  But today will go slowly, I know, for it is back to the factory for me, back to a long and tortuous day of sterility and longing.
Posted by cafe selavy at 7:27 AM