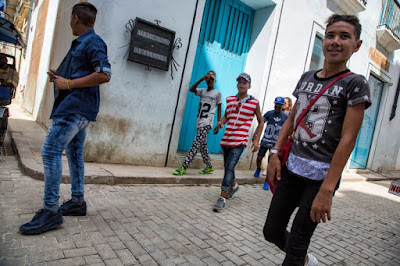 I wish I lived and wrote like this (link).  Doing one without the other would not be satisfying.  Osborne is a fascinating writer, but it is the subject matter that drives his style.  He is uneven at times, but he is able to perform his theory.  He lives in a world that most of us will never find.  It doesn't exist any more, I think, except in people like Osborne.  He makes it up out of old movies and books. He "spiritualizes" the places he writes about.  You would have to go there with him to see what he sees.  If you went alone, you'd wonder what he was talking about.

That asshole Brando was like that.  He could make a trip to the local Greek restaurant seem like something grand.  Holy shit, you didn't want to miss it.  Everything was mythologized.  Everyone was a superlative.

"Jesus Christ, you should have seen the waitress!  She was wearing these little cut-off shorts you could have rolled up and put in a water glass!"

I, on the other hand, am a natural iconoclast in love with icons.  I am a sardonic romantic.  The funny thing is, though, I never feel conflicted--simply complex. 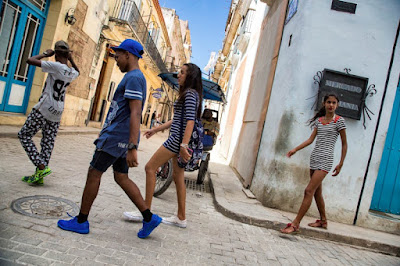 But I have any number of iconoclastic friends who are boring.  I mean B-O-R-I-N-G.  They are often smart, but they lack something important, most often a joi de vivre, an élan vital.   They pay more attention to ideas than to the details of the world.

And there is something else, of course, another ingredient, that one is most often attracted to (and repelled by)--that innate sense of abandonment that reveals itself as a sort of courage.  One cannot appear to be larger than life without that.

The streets of Havana were haunted if you wanted them to be. . . if you knew enough to hear the voices and if you had enough time to understand what they were saying.  It is always that, though--time.  It runs through place like a river.  The job of the writer, I am thinking as I sit here this morning with the coffee gone cold, is to stop it, to place brackets around it, to make that moment last forever.

Osborne is good at that.  He's really, really good.