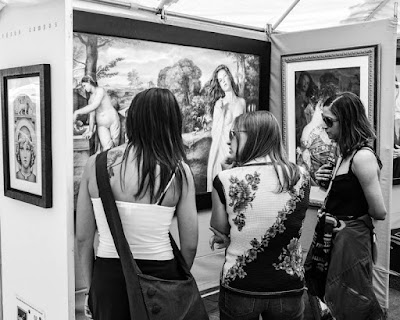 But I have to start taking an hour or two here and there.  For real.

I still blame Hillary.  O.K.?  And all Dems who weren't for Sanders.  But the Destroyer in Chief has just cut the EPA budget so that he can pay for his Wall.  You know, the one the Mexicans were going to pay for.  The most important estuaries in America are losing their protection.  Estuaries are the most important part of our ecosystem.  He is on fire to destroy them.

And if Nunes doesn't go to prison, something is very wrong.

And Wikileaks?  Where are they?  I am now convinced that they ARE funded by the Russians.  And that makes Assange a de facto rapist.  If he wants to prove his innocence, let him release all the damning shit on Trump.

I'm still learning about the little cameras, about how to best use them.  I have been experimenting with the black and white settings, but I may abandon them in a bit.  I still want another Leica Monochrom, but I want a lot of things.  A Leica M10 is high on the list as is the Fujifilm GFX 50S (plus lenses).

It is like wanting a boat or a sports car.  You don't need them.  You just know they'd enhance your life.

But I got more bang for my buck with the Vespa than anything.  A cheap beater.  And that is true of most things in life.

My arguments are circular.  There is only losing.  The best things are found things.  Or cheap things.  They make you be more creative.  I've come to love the cheap things.

And the most expensive.

Ili made a breakfast bread for me full of flax and coconut oil and bananas and blueberries.  I have eaten much of it, and now the coffee is gone.