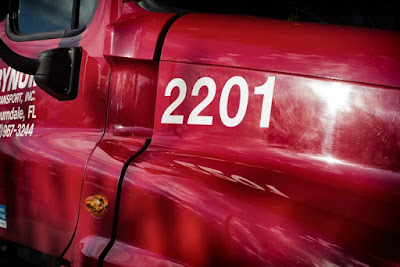 I'm not sleeping.  Last night I woke every fifteen minutes or so.  Twitchy.  Maybe I have too much pain.  It seemed too cold, then too hot.  Did I mention twitchy?  Once, an hour before I finally gave up, I remembered a dream.  Ili had cooked a raccoon in the oven for some reason.  When I went to cut into it, it moved.  Just a little.  Then more and more.  She wouldn't believe me, but then it fell off the table and began to move around the room, raising its head, trying to get to its feet.  Ili kept saying it couldn't see anything like that mattered.  I was horrified at the torture the thing must have gone through and was going through now.  Why in the fuck had she put it in the oven?

I was up long before the sun which is just now starting to lighten the sky.  I hear the first morning bird.  I'll be tired today.  I wonder what is wrong with me.  Anxiety, perhaps, of a non-specific type.  My unconscious must be working on something.  It feels like there is trouble ahead, but my lack of sleep won't help.

I bumped around yesterday without producing much.  I Rode scooter with camera but took no pictures.  I have become too intimidated.  I am too visible, perhaps, to try shooting surreptitiously.  Maybe I just don't feel good about myself.

Jesus, next I'll be talking to a therapist. 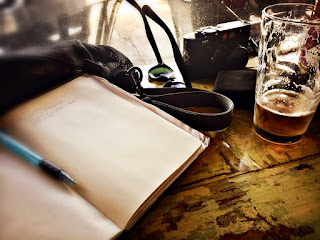 In the afternoon I gave up.  It was too hot to do anything outdoors anyway, so I decided to go to the little hipster place and have a beer and write out some options.  When I got on the scooter, however, I decided to go to the fancy place with the hipster bartenders instead.  I squeezed in at the bar, but everything felt wrong.  The music sucked and I didn't know the bartender.  After five minutes of waiting for the new hipster to take my order, I left, glad that I hadn't ordered after all.  Back on the scooter, I headed for the other place.

Better choice.  It was crowded with "beautiful losers" as some might say.  I ordered an IPA from a big, young, burly girl who seemed on the verge of a foul mood, and found a place to sit looking out the big plate glass windows.  I didn't want to sit there particularly, but the place was full on a Sunday afternoon.  One large group played some card game.  Students worked on homework together.  Here and there were plates of food.  I looked around at the crazy interior and the colorful crowd and my nerves began to dance.  I wanted to photograph the place.  I wanted to photograph them all.  But that wasn't going to happen, at least not that day, for I was a fish out of water.  What had I become, I wondered?  I seemed to be exactly what I was, something that stood out like a goldfish in a wild river.  How?  I used to be part and parcel, then later at least able to slip in and out of this crowd.  My movements were off, I thought.  I had lost some grace, was besieged by the herky-jerky syndrome.  My body was not pliable.  I had become. . . A MONSTER!

Shit, I think I now understand my dream.  It was a translation of how I felt in the hipster place, like that raccoon.  Seriously.  That has to be it.  Absolutely.

Maybe my day will get better.  The sky is lighter now, and I will walk.  There is no curative better than a good long walk.  It is just what the metaphysical doctor ordered.
Posted by cafe selavy at 6:57 AM