A Man with Tools 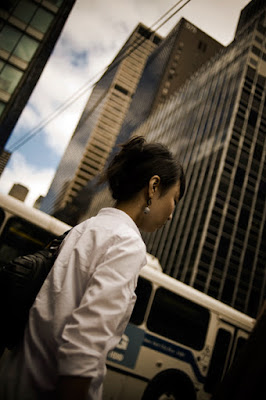 There is nothing that makes me feel more of a man than working with tools.  At least that is what I said when I took the battery out of the Vespa.  Hell yea.  Put the little sucker in the car to take with me.  I would buy a new one.

Fuck, I hate mechanical work.  I called a couple auto parts store to see if they had the battery.  It was much more at each of them than online, but I needed it now.  After work, I stopped at one of the stores I had called.  They brought out the batteries they said replaced the one I had, but none of them looked like they would fit into the small space under the Vespa seat, so I passed.  I went to another place.  Same story.  What could I do?  I bought the smallest one I could find for more money than the last store charged.  Whatever.

After the gym, I took the new battery out to the Vespa thinking there was no way it would fit.  I slipped it out of the box and into the battery holder.  Not quite.  Almost.  I took it out and felt around. The cables were in the way.  I moved them and put it back in.  Better, but not quite.  I knew I could make it work.  Half an hour later, the battery was in, the cables crammed into tight spaces and kinda/sorta connected to the posts, and the cover was forced back on and held almost in place with a screw.

I hit the starter.  Everything was fine.  At least it started.  I began thinking of all the things that might go wrong with my forced installation.  It will always worry me, I know, and one day things will go wrong.  It will be my fault.

After dinner, Ili said that tonight was the full moon and there was an eclipse.  So that is what made me think yesterday of the solar eclipse.  I was confusing the two events.

"Let's go out and look at it," she said.  And there it was high in a clear patch of sky.  Pretty.

"Doesn't it look lopsided?" I asked.  And that is when we realized we were seeing a little piece of the eclipse.

"Let's go for a scooter ride."

I was in boxer shorts and a t-shirt and Ili was in pajamas.  She didn't want to go, she said, but I got on the scooter and started it up.  She called something to me.  When I pulled up to her, she sidled up and got on behind.

We cruised slowly through abandoned streets.  Maybe fifteen miles per hour in my underwear.  We cruised on the brick road that rounded the lake and gazed out at the reflection on the water.  The air was warm as it blew across our skin.

This morning, Ili said she loved our Vespa ride last night.  I love that I "fixed" the Vespa.  I love that thing.  I can't believe everybody doesn't have one.

Unbelievably, I slept well under that Sturgeon moon, and I slept late.  Too late.  Now it is time for me to hustle.  I'll tell you sometime about getting my ass chewed out at work by my boss yesterday.  Seems I am not harsh enough in my evaluation of the workers.  I am not a harsh man, I said.

And it is true, no matter what evidence my say otherwise.