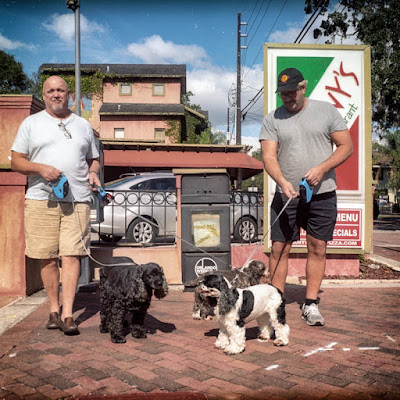 The funniest things occur.  After writing yesterday's post, the fellow who I said owns the Chatham pictures texted me.  He has the very one I posted hanging in his office.  He said he prefers the vividness of the internet colors over the reality of his print. 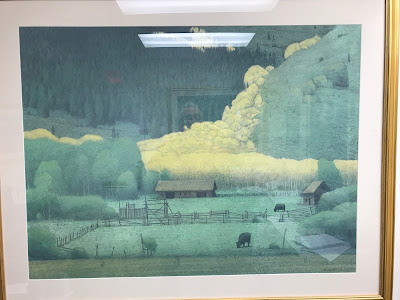 The first night of autumn here was warmer than the last evening of summer.  Nature doesn't always follow the calendar.  Less and less, really.  But it is fall and we begin our falltime routines.  There are the outdoor fall festivals and then pie baking time, and finally there are darts at our Christmastime pub, etc.  I like the outdoor festivals much, though I am afraid we will miss one of my favorites as we travel to New Mexico toward the end of October.  I'm guessing, though, that they will have some pretty spectacular festivals, too.

I read that teenagers aren't growing up as quickly as they used to, that they eschew sex and drinking and don't even get their driver's licenses until much later than in the past.  They also don't have as many part time jobs, and they can't even make their own sandwiches.  I'm not sure that last part was in the article.  But this reifies for me what I have been saying all along--being a kid is fun.  Sex, drugs, alcohol, and responsibility--who needs that.  There is nothing in life more fun than being a kid.  Nobody laughs like that.  I say, "Good job, parents."

Even at my age, I still display characteristics of neoteny.

Needing to lose weight, I quit drinking, but what is there to look forward to after work?  A glass of fizzy water?  A hot cup of tea?  To wit, I allowed myself a glass of wine (or two) last night after work.  Moderation.  Maybe that will work.  There is no joy in ending the work week with a coca cola.
I think some people are saying that today the world will end.  That is what I was told yesterday at the factory.  I said good.  It is about time.  I fear, however, that they are wrong.  It is just another dumb trick to get my hopes up.  I just want it to come sudden and not to drag on and on.  If there is any justice. . . oh, forget it.  There isn't any justice.

And so we beat on, a set of ragged claws against the ocean's current, or something like that.
Posted by cafe selavy at 8:38 AM