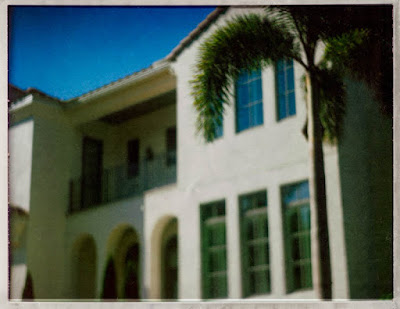 Yesterday I went through a lot of my gear looking for something.  Going through my gear takes a lot of time.  I'm not organized at all.  I'm not an Organization Man.  That is not to say I don't suffer for it.  It is just a fact.  It was pleasurable going through the gear, however, and thinking, as best I can, what I need and what I need to do.  I lose things for awhile.  It is always good to find them again.  I have the Fuji X100f, a hot, fun, and capable camera.  It looks cool, is easy to shoot, and will do practically everything from being a point and shoot to working fully manual.  But when I pick up my Leica. . . I don't know. . . something comes over me.  I fall in love with Leica all over again, and again.  I am glad I bought it/them, all of them.  I also have the new Sony a7.

I never feel anything when I pick it up and never use it.  It is a wonderful camera, but it doesn't seem to have a "soul."  It is a tool, that is all.

And then there is the Canon 5D.  It is the most capable camera, the workhorse.  You can't go wrong with it.  You always get wonderful pictures.  There is only one drawback to it--you look like a camera geek with it.  Using it in the street raises suspicion.  Other than that, it is an almost perfect camera, much like the old Nikon I own and need to upgrade.

Then I move on to the medium format cameras.  Three kinds.  They are each lovely in their own way.  The Hasselblad, the Rolleiflex, and the Mamiya 6.  They serve a different function.  They force you to work more slowly and deliberately.  It has taken me a long time to realize when to use them and when to use the little Leica's.  They are completely different kinds of photography.  Don't do portraits with Leicas if you have medium format.  And that is why I dream of owning one of the new Hasselblad or Fuji digital medium format cameras.  I dream of that often.

Then there is the Liberator, the 4x5 camera with the Aero-Ektar 2.8 lens.  It is a beast and must weigh twenty-five pounds.  Maybe not, but if has to be close.  I have never used it much and sometimes think of selling it, but recently I got a variable density filter for it (which took some modification from the local camera repairman) that allows me to use it to better effect.  But it takes math.  The ND filter will change the exposures from one to six stops.  Since I want to shoot the Ektar wide open, that means I have to do the math.  Take a meter reading, then work backwards on the shutter speed and find one that is closest to one that is on the old spring-driven camera.

Yesterday, I loaded the back of the camera with an old Polaroid pack film holder and some of the smaller Fuji instant film that is still available (though it is no longer in production) and tried to make some photographs.

I fucked up the first pack of film.  I thought the holder was defective, but it was I.  Totally.  That was a $15 mistake.  I loaded another pack, and then took a bunch of photos with the dark slide still in place.  Finally, I did everything right--and it worked.  The math was right.  I knew how to make the exposures work.

So I put the Liberator monster in a camera bag I had emptied out that was big enough to carry it.  It is like a padded suitcase and it barely fit into the basket on the back of the Vespa, but with a little effort, I was off.  I wanted to make some pictures.  I just wanted to get used to using the camera.  Two blocks from the house, I stopped in front of a home that was just finished being built before the hurricane.  They landscaped the house with fully grown bushes and trees.  The palm trees, I know, cost around $10,000 each.  Same with the magnolia tree.  Pretty pricey, but pretty.  Embarrassed in my own neighborhood to be seen doing something as geek-ish as I was about to do, I pulled the big camera out of the bag and went about all the contortions and manipulations it takes to make one picture.  Take a meter reading.  Do the math.  pop open the hood, focus, crank the spring to the right setting, hold the monster steady, push the button, then pull the little paper tab out of the Polaroid back, and then pull the picture through the rollers.  Once for the new mailbox, once again for the house.  I didn't bother waiting the ninety seconds to peel them.  I just threw them into the bag, loaded the camera in, put it back into the basket, and took off feeling. . . relieved and happy.

I drove the scooter up to the little hipster bar thinking I might ask someone if I could make a portrait. When I got there on a late Sunday afternoon, there were lots of people. The first one I saw was the perfect girl sitting at an outdoor table.  I circled my little scooter around to a shady part of the lot and sat, thinking.  It was too hard.  I couldn't do it.  I didn't have it in me. . . yet.  Motor running, I pulled out of the lot and back onto the road.

And that is when it hit me.  I had forgotten to take out the little dark slide when I took the last pictures.  Had forgotten once again.

And so, balls shrunken from the embarrassment of not having the chutzpah to make portraits, I headed back to my neighborhood, back to take pictures of inanimate objects to which I needn't ask permission.

Repeat the process.  Everything exactly as before.  Even forgetting to remove the dark slide.

Do it correctly.  And do it again.

When I got home, I had two photographs.  I was excited.  It had only cost me about $30 in failures.

Last night, my mother came over for pho and a game of Chinese checkers.  When she left, I scanned the images and went into the study with the files to see if I remembered how to do what I used to do with the Polaroids.  I did, and I didn't.  It has been so long, I forgot not only the process but the commands I used in Photoshop.  It was awful, a terrible defeat.  But I worked at it for a long time, and slowly I remembered things.  I don't think I remembered all of them, but I will.

So. . . here is the photo of the house marred with my little magical processing.  I like the fantastical look of it, the blurry lines, the smooth details.  There is only a certain window for making these images, just as long as the film holds out.  I can't afford to keep making mistakes, but I won't if I make a practice of shooting with the camera often enough.

I will make a practice of it, I think.
Posted by cafe selavy at 8:01 AM