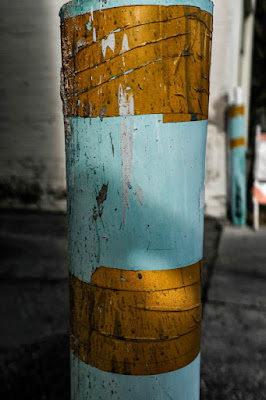 Yesterday was lovely, though.  Woke up late in Grit City, coffee and computer, then a long walk to the flooded lake where birds were catching fish in what used to be a street.  Back to the tree house, a shower, then a mimosa breakfast of meats and biscuits and eggs and gravy.  Then back to the tree house for a nap.

When we came back to my own hometown, we took the Vespa to the grocers and rode around a bit.  Just off the Boulevard, which was closed for a Schlock Festival, we passed another Vespa coming toward us in the opposite direction.  Funny thing, the expected fellow Vespa wave or beep of the horn was not in the offing.  Carrot Head was driving.  No love.  I guess he's not that kind of guy.  He's just never going to forgive and forget, I guess.  C'est la vie. 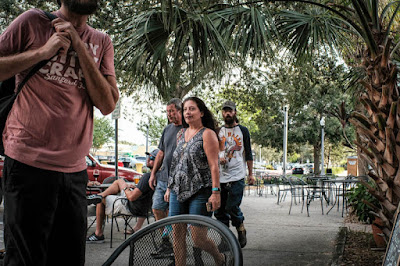 Now it is time to get ready for the day.  Much to do.  I leave for a trip at the end of the week.  I will tell you about it another time.  But the weather here has turned nicer, cooler and drier (though not cool and dry), and we must hurry into it now.  I have lingered far too long for someone else's taste.