Of Vespas, Cameras, and Time 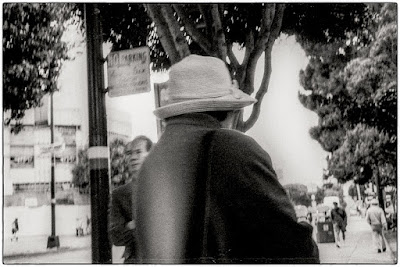 A full moon when we are setting back the clocks?  Really?  I'm all turned around.  I fucked up and set my clock in the wrong direction, so when I woke up and saw that the clock said five, I thought, "O.K., I'll get up," but when I opened my iPad to put on some music, I saw that it was only THREE o'clock.  Then I didn't know what to do.  I wasn't sleeping well anyway, but I was turned inside out and upside down now.  It is enough to make one want to do drugs.

Rather, I put on some gentle music and lay in bed listening, and eventually I drifted off into some troubled sleep.  Demons take many forms now.  There are plenty of them.

A friend bought a used Vespa and yesterday invited me for a ride.  The thing was a small 50cc orange piece of shit.  After a bit, he decided to go to the Vespa store and trade it in for a nice, red 150cc.  Atta boy.  He looked a little sick, shellshocked, really, after he wrote the check, but I was certain he had done the right thing.  It is always awful to indulge yourself in anything, though, especially if you have been brought up by a certain kind of parent which he and I both certainly were.  He is a lovely fellow who was a novitiate on his way to a priesthood when he decided on a different life.  Still, he has the compassion and understanding of a fallen priest and is someone you would want by your deathbed.  But he is also more than a bit of a Dennis the Menace ornery fellow who has travelled the globe both as a career and for unsavory purposes, so to speak, and he is a fellow I travelled to Cuba with this year and who went back a month later for more illicit fun.  He's gay, so our social paths diverge quite a bit, but I am glad he is here to distract me from the deep isolation that I dwell in too much now.

I think my gay friends are more disturbed by the #me too thing than most people, at least the older ones.  They have, by social consequence, been driven to more illicit activities than most of our married brethren, at least more often (for I know that our guilty brothers have their guilty pleasures), and there is a world that they could see disappear.  I've been clearing the factory hallways lately with my talk of the dark world.  I feel better knowing it is there somewhere beyond the wall, a place I can visit if I like but which can't come to my house.  I don't have to go there, but I can if I need to.  I can only love my Leave It to Beaver existence knowing the contrast is out there, somewhere.  If you are a gay man of a certain age, you will lament the Disneyfication of 42nd St, the loss of bathhouses and glory holes and all those things that are so sleazy and dangerous and wrong.  Don't get me wrong, for I know how important Disney is to the gay world, but that is only part of it.  All-American, milk drinking, hand holding gays have become part of American life, but those old parades in Castro were another thing.

So I give you another turn-of-the-century image from S.F.  I must have developed this film.  It has streaks and chemical stains and other paraphernalia.  There are so many things that can go wrong with analog photography.

O.K.  I don't know what time it is.  I know what the clock on my computer says, but is it earlier or later?  It will get dark earlier, so I guess it is later, if that makes sense.  Of all the shit that cracker/cowboy republicans cry about, why haven't they done something about this government manipulation of our time?  Where is the great libertarian outcry?

I guess I need to get on with my day.  I plan on taking pictures today.  I don't know of what.  I haven't a clue.  I take my cameras with me everywhere, but I can't make myself use them.  When I pull one out of the bag, it feels like I'm holding a hand grenade.  I can hear people screaming and panicking.

"Look out!" they'll scream at the top of their lungs, "he's got a camera."  Tables are turned over and people hit the floor.