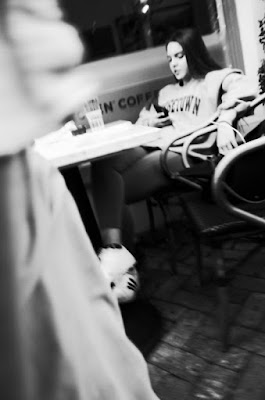 Last night was the Super Moon, a term that was invented like Secretary's Day.  I saw it last night when I walked my mother to her car as it began to rise above the trees, but I was full of feelings and did not care to stay and stare at it awhile.  This morning, though, before the sun came up, I walked out to look at it staring backwards at me.  The Old Backwards Moon.  It didn't seem quite round.  But it was still large and lit the earth with its reflective glow.  Good lesson there for beginning photographers wondering about the use of light reflectors.

I'm stumbling into the future.  I have to get my feet back under me.  I have become arthritic and my joints hurt, so it is difficult.  I just don't have the agility I used to.  I need an open field now to make my way.  But the future doesn't look like an open field.  As Ali said in training camp before his last fight, "I'll figure out something.  I'd better figure out something."

He took a beating.

I guess you can only live on luck for so long.

But perhaps last night's sleepless despair was a result of that old moon.  It might be that.  When the black ass hits, its best to wait it out and see what happens.  Good advice, right?  I mean, what else is there to do?

I could blame it on the season, but there doesn't seem to be much of a season here.  How do you tell the difference between "the season" and every other week anymore?  There are always lights in the store windows, now, always some sort of celebratory decorations.  The streets are always lined with little strands of light for some reason.  Christmas decorations just seem small and dull by comparison.  No, I don't think it is the season.  Not yet anyway.

But it could be the real season, the darkness and damp chill.  I'm not handling the short days very well this year.  I don't know how people in the north don't just go crazy.  Maybe opioids.  That seems to be a midwest and northern thing.

One of the ways out for me has been Amazon.  Q is right.  It is the new crack.  If I don't have a package to track, now, I feel lost.  I got one yesterday and have three coming today.  Photo books.  Yesterday's knocked me for a loop.  "Selected Works," by Stephen Shore.  His photographs look like random bits of imagery, but I have tried to photograph his way.  Try it.  It is hard.  After looking through the book, I went out and tried my hand at it.  My images didn't have any of the impact his do.  I used to hate works like his, but I am coming to appreciate them now.  I am often late to the party if it runs counter to my romantic notions.  There is nothing romantic in Shore's photography.  But there is something terrible and awful about them that is both hard to look at and hard to turn away from.  Maybe I'll write more about him after I've lived with the book awhile.

Today I get my first copy of Robert Franks' "The Americans." That is hard to believe, but it is true.  I'm also getting William Eggleston's "Guide."

But once they are here what?  I haven't anything else on the horizon.  All I have to do, however, is click a button, and I can have something here tomorrow.  I'll be broke before Christmas.  Shopping online really is like smoking crack.

I need to find another solution to my semi-permablues.  I'd better find another "cure."
Posted by cafe selavy at 7:31 AM