The Days Roll on in Black and White 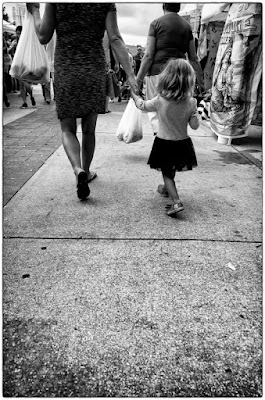 I'm sick of setting up computer electronics.  I bought a bunch of stuff for my mother, and every time I ask her for a password, she hasn't a clue what it is.  I've told her over and over that passwords are like sacred keys, but it is beyond her somehow.  When she gets a password, it is usually generated for her so that it is something like Grb10X4beMe, or she has someone else do the setup and they tell her it is her name plus some phrase or number combination like her house address, but she has bunches of them and can't remember which is which.  So I have to try to recover her password.  I've spent too many frustrating hours this week doing this, but finally she is pretty much all set.  Last night, I got her Amazon Echo working.  I don't have one, but hers was fun.  We played Jeopardy with it.  I got three out of twelve answers.

I didn't take many pictures over Christmas.  The ones I did take were all instant.  I used my newly refurbished Polaroid SX-70, my Fujifilm Neo Classic, and my old Polaroid Spectrum.  The New Polaroid film is terribly disappointing.  Everything I shot with the SX-70 was horribly overexposed.  The Fuji instant film wins hands down.  I will buy one of the cameras that give larger pictures.

That's what I need, you know--another camera.

Still, there are fun pictures of Ili and my mom on the fridge and the magnetic chalk board now.

Last night, we threw away the last of the Christmas dinner.

Q asked me if I'd watched "Cafe Society," and I had to go to the movie to see.  Nope.  I don't know why I didn't, but it slipped by me.  So we watched it last night.  When people criticize Allen to me from now on, I will tell them I don't care.  I want to see "Wonder Wheel."

As always, I wonder, "What is normal?"  When a behavior is prevalent, is it "normal"?

I've never been considered mainstream.  Though I am an affable and jocular fellow (when I'm not in some rage), I know where I would fall in the charting of normality among the members of my neighborhood, and I guess I've never aspired to be "normal" in any group.  Not among any group of which I have been a member.

The days roll on in black and white.  We wait for colors to return.
Posted by cafe selavy at 8:51 AM