This Be the Verse 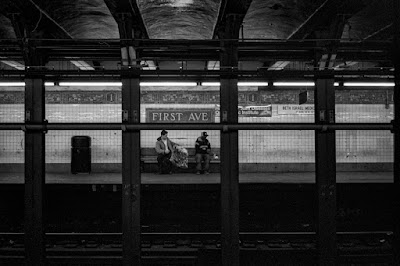 It is a difficult number to get, but something like 15% of the women in the world do not have children by the time they are 50.  The number of women choosing to remain childless in the U.S. is booming.  Some people fight like crazy to keep this a choice.  Others, not so much.  It seems, though, that one of the things that people try not to do more than anything else in their lives is not have children.  Right? Having children for most people is pretty easy, even more so if you don't want one.  The second most performed operation in the U.S. is abortion.  The only operation that tops it is the tonsillectomy.  That doesn't mean people want tonsils less than they want children, however.  The tonsillectomy doesn't seem to demand as much discussion.

So what's my point.  Cover your ears, Q, this is not about you though you might think otherwise.  I mean it is not about you in particular.  I'm just going to write a little piece here that will cut my readership even more.

I had a conversation at work a few days ago that had nothing to do about children.  It was about moral codes, core values, and all that.  I am accused of being a Nihilist sometimes because I don't believe in a big "T" "Truth."  I mean I know there are facts (capital "F" facts?).  I know I'm going to die.  I know that the sun comes up in the east-ish, etc.  But big "T" truths are not facts but concepts.

To my surprise, I found out that the woman to whom I was speaking was a woman of faith.  I would not have predicted that.  It's O.K. with me as long as I am not forced to give up my code and adopt hers.  But to my surprise, a day later, she felt free to mock what she perceives as my Nihilism in front of others.  Her justification?  Well. . . I don't have to try to raise a child.

Being a parent, for many, is entrance into some mystical club. There apparently is a Holy Grail.  I don't mind people with children, but for many, there is a smugness about their child card.

Yup.  That's it.  Everyone of those hillbillies in the Appalachian Mountains with fifteen kids. . . .

Sorry, but I'm sick of hearing about the enlightenment the secret meaning of the one thing people can do without trying as a final testament to their beliefs and actions.  It's horse shit.  I've raised a kid.  It is wonderful and satisfying and all of that.  It takes you outside yourself, makes you think about someone else, and maybe (though I don't find much evidence of this) the state of the world.  If parenthood were a magic morality pill, the world sure would be a much fucking better place.

But it makes a convenient fallback and resting point.

And the world thanks you.

According to the U.S. Census Bureau’s Current Population Survey, in 2014, 47.6 percent of women between age 15 and 44 had never had children.
That number is on the rise.

Last night at the supermarket, I got in the Ten Items or Less line.  The couple in front of me with their four children started emptying their cart.  Twenty-five, thirty items. . . .

"No," I relented.  "You are right.  You've got the secret morality.  Yours is superior to mine.  Teach it to your future criminals here.  Give them your moral code.  It is superior to all others.  If I had children, I'd want them to live a selfish and immoral life, too.  Teach them well."

Now, I love children.  I get along with them better than most people.  They are drawn to me.  I usually like them better than their parents.  One of the nice things about kids is that they don't talk about their parents much unless it is to complain.  There is a simple understanding.  You know. . . parents.  They're the thing that fucks you up.