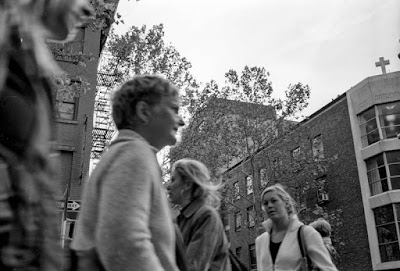 Uh. . . what did I tell you about Franco?  Always at least ten seconds ahead of the curve.

“Relations between men and women in America are one of permanent war. They don’t seem to actually like each other. There seems to be no possible friendship between them. They distrust each other, lack generosity in dealing with one another. Their relationship is often made of small vexations, little disputes, and short-lived triumphs.”

I watched the most recent season of "South Park" in the past few nights.  They hit the nail on the head, babe.

Trump upset all the people who don't like him by referring to "shithole countries."  I think, though, there are people you don't suspect secretly cheering.  The "We've Got Him Now" mentality is doing no good.  Trump is like some crazy uncle.  Everybody knows he's crazy, but once in a while you hear a family member say, "You know, sometimes he makes sense."  And no matter how whacko he gets, he's still invited to weddings and Thanksgiving.  Old Uncle Trump.  Crazy as a shithouse rat.  Dumb as a fox.

Meanwhile, the Fox has cleaned out the henhouse.  There are no teeth left in the EPA's mouth.  The FDA is a tool for Monsanto.

And the stock market continues to soar.

I'd remind you of the old Chinese Curse.
Posted by cafe selavy at 8:26 AM