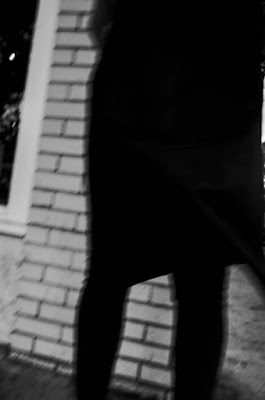 There is a new guy we need to make famous.  His name is Dustin Waters.  He works for a small paper in Charleston.  Here is how one of his pieces begins.

Hey everybody, welcome to the new spin-off of the celebrated reality show recap series "Confessions of a Southern Charm Newbie" with me, Dustin Waters. Arriving just in time for the holiday season. When we are all profoundly depressed.

Now, if you're anything like me, you're semi-employed, constantly dehydrated, and adrift in life. Also, let's just say for the sake of this column, you have a deep fascination with TV spin-offs.

In the great pantheon of television history, reality shows often have the easiest genealogy to follow. The formula usually involves taking one of the show's standout characters and simply focusing on them in a subsequent series that largely maintains the structure and tone of the original. This is how Flavor of Love gave us I Love New York, Toddlers & Tiaras led to Here Comes Honey Boo Boo, and The Jersey Shorebegat The Show with Vinny, Snooki & Jwoww, and The Pauly D Project. This is often less akin to All in the Family and Happy Days giving way to Maude, The Jeffersons, and Laverne & Shirley, and more the television equivalent of using every part of the buffalo (link).

I've seen a five minute portion of "Southern Charms" in the past.  Ili made me watch it.  Everyone has a guilty pleasure, and I know why this is one of hers.  But it isn't mine.

Yesterday, however, she began reading to me from the Water's column.  I was in tears.  The column, she says, is much better than the t.v. show which is easy to believe.  Waters actual writing on the page is worse than a first year community college student, and apparently there is no copy editor at this paper, but if you can get beyond the spelling and punctuation errors. . . .

Someday this guy will be writing for a respectable publication and will have people to correct all of that, though.  Fitzgerald's writing mechanics were just as bad, but it didn't matter in final print.

We have to be first on the bandwagon.  We have to make this guy famous.

Now we all sit and wonder and wait.  Who will be the first woman to be #MeToo-ed?  Other than school teachers, I mean.  For some reason, little boys are the biggest rats.  Girls will go to Mexico with their science teachers, but little boys can't wait to tell.  So far, however, no women have #MeToo-ed any other women.  I'm waiting for the dam to burst on a once-upon-a-time contender for a high public position.  You-know-who.  It's bound to happen, right?

Mark Wahlburg--now there's a fellow.  He just gave $2,000,000.00 to a women's rights charity or something.  He's no fool.  It's not like that cad from FOX news paying women tons of money to be quiet.  It's how men fix things, like buying your wife some expensive jewelry to make up for something you've done.  We'll see if it works for Wahlberg.

And now, in the cold brilliance of the morning, I think I'll take a walk.  I haven't been feeling well for days.  Yesterday, Ili and I lay on the couch and watched "Thin Man" movies.  That is the best long series of movies ever.  Only the old Basil Rathbone "Sherlock Holmes" and the "Charlie Chan" series (with both Warner Oland and Sydney Toler) come close.  But Nick and Nora were just what was needed yesterday, that and some grilled lobster tails dipped in butter.

You know, Marky Mark worked with Bruce Weber when he was young doing the Calvin Klein underwear ads, but he never complained.  But then again, it all worked out for him.

I'm going to go read some Dustin Waters now.  You come, too.
Posted by cafe selavy at 9:48 AM