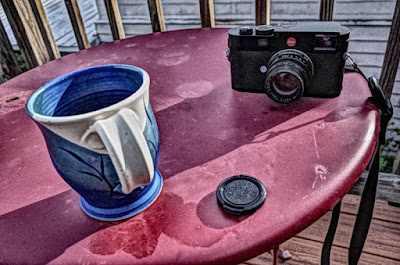 There are significant moments in life that you can't avoid.  One is coming up soon that has me by the balls.  I mean, I just can't get over it.  I have never liked birthdays, but this one is cataclysmic for me. Maybe I'll feel better when it is over and done with.  I don't know.  But I am entering the last age bracket.  I will have achieved that last and final glory.  It is the last frontier.

There is no more pretending.

I may give up reading the paper.  There is too much research and health news that does not cheer me. It is perhaps better for my peace of mind if I let the world do what it is going to do while I think about other things.  I don't seem to be able to shift the course of history.  Maybe I haven't tried hard enough.  I tried, but I could have done better, I think.

Everything changes.  When you are young, or even middle aged, you can wear a guyabera shirt and seem cool.  When you get old, you just look like a Cuban barber.  There is not preventing that.  It just happens.

Maybe it is the same with the course of history.  Maybe we can't change it after all.

Last night I lay in bed thinking about the coming event.  I've been doing a lot of that lately.  It occurred to me that I should do something significant for myself.  I should be allowed--no, encouraged--to do something that I shouldn't do.  What might that be?

I need a lot of things.  Chief among them is a new computer.  I'm working on an old Mac that really doesn't work.  Yes, there is that.  But there are a lot of expenses coming up with the house (which I think every day now about selling as I don't seem to be able to keep up with it any more), and not too far from now, I won't have the same income stream that I now enjoy.

But what I want is terribly impractical, so much so that it borders on idiocy.

But, I tell myself, people buy themselves Porsches or Harleys or some other expensive thing.  It is what people do.

I don't know.  I'm all freaked out.  I am probably losing my intellectual capacity and need to be relieved of all responsibility.  I'm more than likely a danger to myself now.  I half believe I should be institutionalized.


Let us go then, you and I,
When the evening is spread out against the sky
Like a patient etherized upon a table;
Let us go, through certain half-deserted streets,
The muttering retreats
Of restless nights in one-night cheap hotels
And sawdust restaurants with oyster-shells:
Streets that follow like a tedious argument
Of insidious intent
To lead you to an overwhelming question ...
Oh, do not ask, “What is it?”
Let us go and make our visit.
Posted by cafe selavy at 8:34 AM