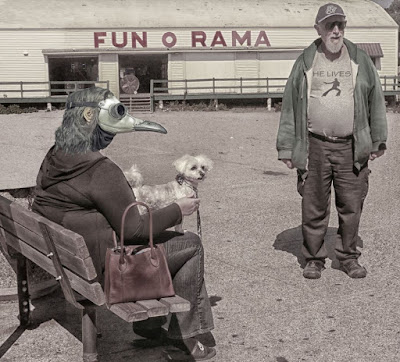 In the past few days, I've opined that a photograph doesn't say anything, that it just is.  I'll provide fodder for argument with this one, but I will maintain that it doesn't say anything.  Still, it seems to provide a different kind of information than other pictures I found when I Googled "funorama." 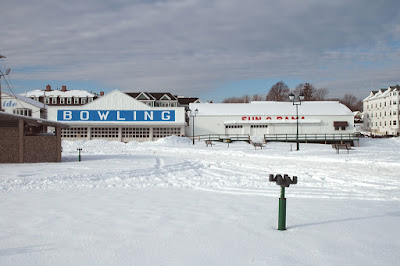 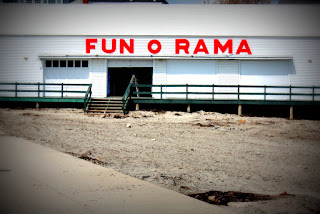 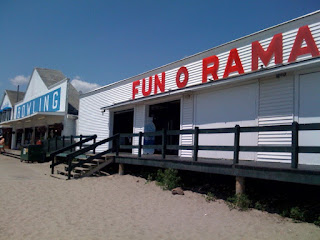 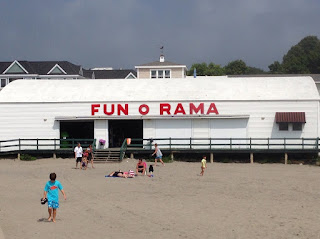 I didn't know who took the first picture, and I wanted to give credit.  Never found out who took it, but I found LOTS of pictures of the old Fun O Rama.  I may be right that none of these pictures says anything, yet one of them is more intriguing than the others, of course.  The second picture (first in the series) might be some people's pick for "most intriguing" if they are inspired by the photographs of William Eggleston or Mark Shore.  I know which one I wish I had taken.  I also know which one I might have taken, and that just breaks my heart.

I will admit that people do read photographs and draw conclusions, and there are many conclusions you can make about the first and many moral comparisons you can make of the first and second.  I can.  I have a lot of voices talking in my head.  They say so many different things.  Listening to them all is paralyzing, of course, if you want to try to make a picture which I haven't done much of for awhile because I can't turn them off.  Politics and the morality do not leave much room for "art."  They might, however, if they are good and true, turn us all into little sitting Buddhas.
Posted by cafe selavy at 8:05 AM