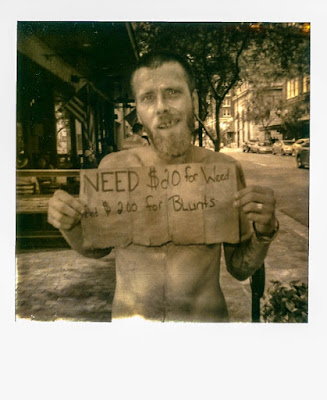 Yea, we all need weed.  Or butter or oil or something.  Life is hard.  The earth is dying.  As my mother says, "What can I do about it?"  I don't have much of an answer for her.  I've been trying since college in one way or another, and things have only gotten worse.  Its not my fault, but my puny efforts sure haven't made things better.  We have small victories and cataclysmic defeats.  "What can I do about it?"

My poststructuralist friends have taken on language.  That's been their contribution.  They prescribe what you can and cannot say.  It has made a world of difference.  Trump is a great deconstructionist.  The whole right side of the political spectrum is.  But there were achievements.  I mean. . . Caitlyn Jenner got to be sportsperson of the year.  But Hillary went down in flames.

I'm burnt and bitter.  I didn't think I'd be this way.  What you learn eventually is that you can't see what's coming, but it is better to live in hope than to live without it.  Is it hope that springs eternal?

I broached the subject of taking a short trip to my mother.  I had to rescind the idea immediately.  She looked scared and crestfallen.  I will not be going anywhere this summer.  All my plans are out the window.

As I write this now, I am also texting with Q.  I sent him a story about a new camera that I think we should get.  "It's the future," I said.  "Things only go in one direction, and it isn't back."  I hang onto analog things, but I keep up as hard as that might be for the aged.

I understand, though.  There will come a time when you just get tired, when change seems to come too quickly,  and you just want to quit.  That is when you know.

But enough of this.  I saw an article in the N.Y. Times about the joys of canned fish, and I was enamored of a recipe, so I made it for my mother and I.  It was the happiest I've been in months.  It was a cold tuna salad marinated in lime juice and smothered in olive oil and freshly chopped cilantro and basil and crushed salt served with a loaf of rosemary bread.  I still have a food buzz.

O.K.  Q keeps texting and I keep responding and now I must rush just to be mildly late for work.   For now and until then. . . .
Posted by cafe selavy at 8:28 AM