I took another step toward "normal" yesterday.  Feeling the need to be among "the throng" and not having much imagination, I went to the mall.  It was a horrid thing.  The interstate that takes you there is under construction, and there was an accident, so traffic moved so very slowly through the downtown area and beyond.  But I was chill, just sitting back and listening to a newer Nobel Prize for Literature recipient's album and taking photos out the car window.  Just normalizing.

Friday afternoon at the mall during the summer is what you would expect.  Retirees and teenage girls.  I knew which group I was supposed to identify with. . . but the old people seemed always in the way. I thought I might step up my wardrobe a bit, but it looked like the same clothes on display since I was last there a year or so ago.  I guess that's good.  I got the eye from a girl who was with her boyfriend in the A and F store.  Several times.  Awright, awright.  Even if I only imagined it (as I know you are thinking), it was what I needed.  And I didn't.

I don't see, though, how the mall can survive. I looked at things I might want and thought that I would check it out online.  Amazon would get it to me cheaper by tomorrow.  I didn't want to commit to carrying bags.

The only store that looked like it was booming was Apple.  There people were shoulder to shoulder.  The closeness and the herky-jerky movements put them into a vicious feeding frenzy.  It was frightening.

I left with a t-shirt I got on sale at The Gap.

The drive home was hideous.

I've been fascinated by Mark Cohen's photography again.  I was once before, a long time ago before I had much access to his work in the days before the internet when card catalogs were split between the Dewey Decimal and the Library of Congress systems.  His photographs got me using flash.  I studied with Jerry Uelsmann, Todd Walker, and Doug Prince, and none of them ever taught us to use artificial lighting, so my flash pictures were fascinating to me. 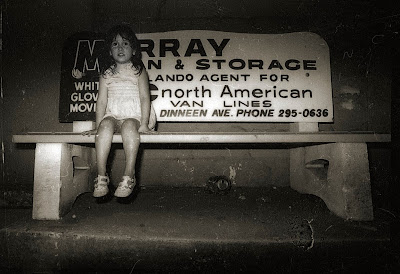 I also was influenced by his framing which I will evince in coming posts.  All of the old pictures are gone though.  At least the negatives are.  My mother threw them away.  I believe she thought they were the work of the devil.  All I have left are some scanned images from disintegrating contact sheets, and not all of those have survived.  It is sadder than sad to me each and every time I think of it.

After the mall, I was looking through a Cohen book I have entitled "Frame."  The pictures. . . oh. . . I couldn't make it through the book.  I would get overwhelmed, take a break, then come back, but even then, I only made it about a quarter way through.  I wanted so much to go back and make those photographs, pictures that cannot be made now.

But that camera will be my constant companion.  I swear it will.  And if I like it, I will tell everyone not to spend money on cameras.  But I'll probably never do more than carry it.