The Realm of the Righteous 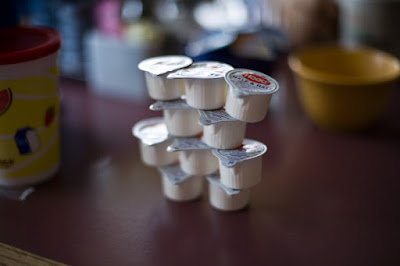 I wish I hadn't ordered the Olympus XA4.  I don't think I can do it any more.  I was excited.  I thought, mistakenly, perhaps, I could make those Mark Cohen pictures now, so I grabbed my little XA and took to the streets of my own hometown.  I parked the Vespa, took out the little camera, walked across the street, zone focused, and pushed the shutter as a couple walked by.  The shutter noise is hardly a noise at all, a little "zip."  Sometimes, depending on the surroundings, it is inaudible.

It went off like a firecracker.  The woman turned and sneered, then said something to her husband.  I walked back across the street, got on my scooter, and went away.

I didn't take another picture all day.  Well, I did stop and take a picture of a couch sitting on a sidewalk.  But certainly, I didn't take pictures of any people.

I'll have to figure something out.  I'm working on it.  I have an idea, but it will take Big Balls in Cowtown.

And so, too early in the afternoon, I found myself at the Cafe Strange with a drink and a journal and some bad punk rock playing too loudly.  The weather was fairly stunning, but I had nothing to do.  The rest of the day was a waste. 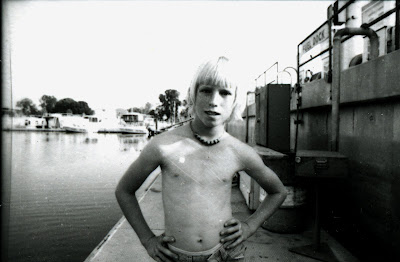 It used to be easy.  You could take a photo of a shirtless boy and not look around for a cop car. 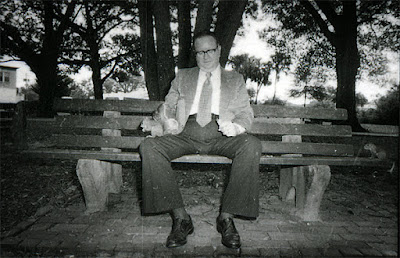 You could take a flash picture of a man in a park feeding his friend, the squirrel.  Now, I think, I should feel ashamed.  It's the internet, I guess.  We are all prisoners of it now.  Or beneficiaries.  It has been responsible for correcting our behavior.  Zuckerberg is God.  Facebook morality rules.

In an age where ideology is the predominant art form, Banksy is a cultural genius.  I shouldn't say that too snidely, though.  I like Banksy's work too much.  I became a camp follower after watching "Exit Through the Gift Shop."  Yea, Banksy's the shit.  All he has to do, though, is make one false move, and everything will turn against him.  He has to continue to serve the predominant counter-culture to survive, and that crowd loves a feeding frenzy.  Look what it did to its poster bad boy Ryan Adams.  Once he did the Gap ad, they tore him apart like a pack of rabid dogs.  He lost his mind and never recovered.  It is important to understand the crowd you want to worship you.  Be careful of what you use for bait.  It will determine what you catch.

For now, I'll stick to creamer packages.  I'll keep looking for a country without internet.  Haiti, perhaps, or anywhere that migrants are desperate to leave.  Otherwise my choices are watching t.v. or code word Bourdain.  I just can't take living in the realm of the righteous.
Posted by cafe selavy at 8:21 AM