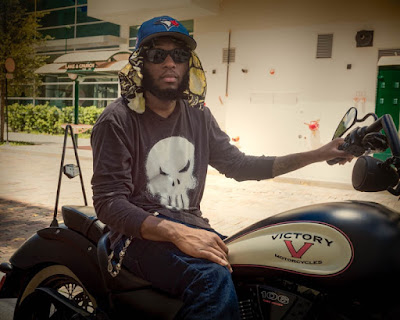 I was hurting yesterday.  Hungover with a bad head and an aching heart, alienated and alone, deep down in the black hole of uncertainty, I went to the gym to get another dose of fate and mortality.  I was weak and sweaty, and everything hurt, but I troopered on trying to avoid looking into the wall of mirrors.  All around the weight room, men spoke in executive tones about families and work and vacations in mock wonder that was only mocking to me, for somehow, they accept this irritating blabber as sincerity.  "Fuck you, fuck you, shut your pie hole," I wanted to scream, but they are well off and have doctors who give them proper doses of testosterone, I am certain.  There is no way these measly fuckers are staying lean and vascular and as strong as a teenage boy on their own juices.  Normally I can ignore them, but they seemed to be passing the megaphone around the room.  I wanted to bump them, but I felt it would hurt.  Shrunken, small, I went through my prison gym routine.

It was early.  The sky was clear and the sun still reasonable.  I went to lie by the pool.  Just awhile.  Just long enough to get color, not cancer.

I drifted in and out of sleep.

When I got back to my mother's house, a neighbor lady was helping my mother pull vines in her backyard.  I didn't go back to say anything.  I didn't want to get caught up and certainly not involved. I showered and cooked some breakfast and drank a bunch of water.  I packed up my gear, for I am a traveling gypsy if I want to go to my home, and after loading up the car, I told my mother I was going to the hardware store to see if I could find out how to fix the toilet that keeps running.  I don't want to do it, but my mother isn't about to call a plumber for this, and I am tired of turning the water on and off at the wall, so I told her I would give it a go.

Home, I sat the luxury box containing my new M10 on the table, took out the camera body, charger, batteries, and strap, and did the appropriate religious preparations.  Battery in, strap secured, I attached the 35mm Summicron lens and switched the camera on.  I went through the simple menu and pushed the few buttons on the back to see what they would do, and in no time, the camera was set up for use.  I took the first picture, and something was wrong.  Sure it was.  I had just photographed the inside of the lens cap.  Four minutes later, after the camera was finished exposing and processing the nothingness, I tried again.  The shutter whispered.  I liked it fine.  I chimped the photo.  Everything seemed right and good, and so I packed up for a scooter ride with my new "girlfriend" camera.  I was more scared than thrilled.

I would have to get off my scooter to take pictures.  This is a hard lesson to learn, apparently, for I spend many afternoons simply riding.  But today was a day for testing the camera to make sure I hadn't been cheated in some way, so I drove to the big city and parked the scooter.  It was Saturday.  No one was around.  I was going to take pictures, however, of something/anything.  I pointed my camera at a glass building rising into a single puffy cumulus cloud.  A string of city palm trees.  The repeated pattern of faux-granite steps.  A parking meter.  And then a woman walking by.  A wispy tree hiding a historic building.  A woman sleeping on the sidewalk surrounded by her things.  An empty lot with a big handwritten sign telling people it was illegal to put trash into the dumpster, piles of garbage beside it in heaps.

The camera was really hitting exposures.  I mean, it was amazing.  It seemed magical in its ability to read the light.  I was more than pleased.  Hell, I was almost happy.

As I walked down the shaded side of the street, the downtown canyon suddenly roared with horrible thunder.  Three big motorcycles shot past ridden by three Brothers.  Oh, I thought, there is trouble.  They are going to get pulled over every few blocks.  Black men on choppers ain't nothing but trouble.  I laughed at the white rage they would engender in my own hometown, though in truth, the big city is a thousand or a hundred thousand times more diverse than what surrounds it.  Still, you have to take those big boys out on the highway, and the city is surrounded by Grit City and Crackerville and upscale neighborhoods where the irritating professionals from my physical fitness club live.

All this was a passing thought.  I had photographed for about an hour in the downtown cityscape.  It was time for a new locale, so I headed back to my own badass bike, me, an over easy rider.

I took my usual route and scooted past the good photo gallery on the bottom floors of a big, upscale apartment building.  I drove by slowly as I was looking at a woman in some crazy tight silver Lamé pants.  There was a parking spot just behind her, and I pulled my scooter into place next to the gallery window.  The woman gave me a big smile.  I assumed she liked my scooter.  So I smiled back and looked away into the gallery window and noticed the show had changed.  Nice.  I must have looked like something with my Italian bike and my German camera.  That is what I told myself as I avoided my reflection in the mirror.  Rather, I looked at three big motorcycles parked a few spaces away.  I swung my camera into place and squatted down to make the angle more dramatic.  And that is when I heard a black-ish-voice yelling at me.  Yea, fuck you.  I know what that sounds like.

O.K. I thought.  Here comes the shit.  You can't even take pictures of people's things anymore without getting yelled at.  I looked up, and here came the three guys I'd seen riding earlier bearing down upon me.

"You gotta take pictures of us, man.  All I got is a phone.  You've got the professional camera."

Yup, that's right.  Whatever you want to say about me.  I'm giving it to you.  It is yours. 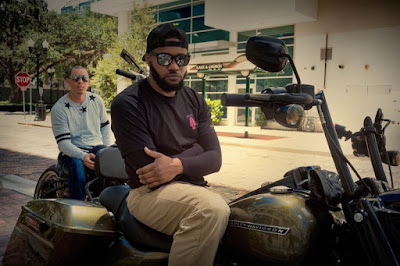 I haven't taken a picture of a willing subject for years, and I have to admit, I was shooting nervous.

"You gotta send us the pictures man.  I better see them hanging in a gallery."

I pointed through the window.

"Have you been in here?"

"This is where I live.  Do you know the gallery owner, the French guy?  What's his name?"

I was pretty sure I was taking lousy pictures and was already embarrassed when one of them typed his email address into my phone.

Then, with a roar, my new friends rode off to get arrested.  I should have told them to call me if they needed to get bailed out, but I think they were much more affluent than I.

That wasn't the end of nice things that afternoon, but this is the end of this post.  I've taken more time than I intended to tell this part of the tale, and now I must give attention to the morning.  There is much more to say about my mercurial mood swings, the joys and horrors, etc.  And I will certainly forget it all before tomorrow morning as it will be displaced by something else.  But that happened yesterday and something else will happen today and the street will get longer and I will walk farther from the point where I embarked, and some memories will fade and images will recede until only the ones that have been recorded will remain.  It is sad when journeys begun together part ways, but there is nothing to do but continue on and hope the road becomes more interesting again without thinking too much about the road you could not travel. 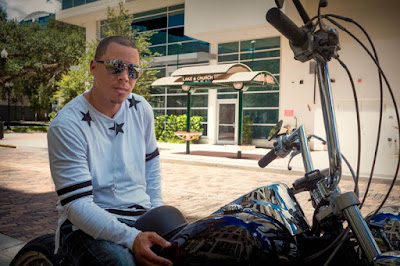 (My apologies to Robert Frost)
Posted by cafe selavy at 8:27 AM