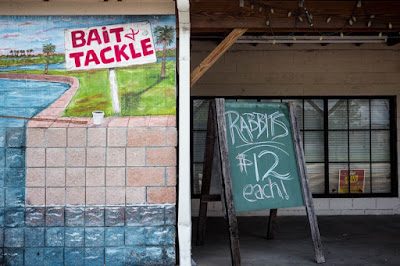 I love the new "Girlfriend" camera, my M10.  Other people like it, too.  They look at it, comment on it.  It is fun to carry, and now I have only it and a couple small lenses in my camera bag.  A small notebook, a pen, and glasses.  No more carrying several cameras--just in case.  Millions of dollars in photo gear just stays home.  And when I put the card into the computer, the colors in the photos just pops.  I'm going to quit fucking around with the pictures I take with this camera.  Doing anything to them just seems a crime.

But you will never feel as cool or as nerdy. 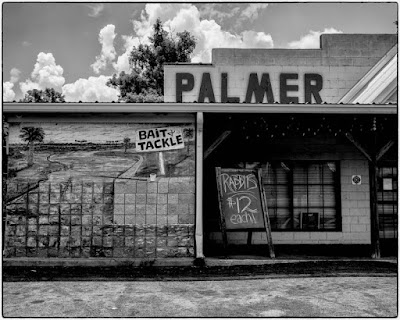 I didn't feel like talking to anyone yesterday.  I didn't try to get a breakfast pal for Sunday after exercising on the trail.  I showered and went to the little diner for a traditional breakfast.  I sat on a wobbly stool at the counter with some lonesomeness, but that, I figure, is something I'll want to get used to again.  Toward the end of my meal, I felt a soft hand caress my shoulder.  My innards went soft, or so it felt, and I turned with great expectation.  My stomach fell an inch when the waitress asked, "Do you need anything else, honey?"  That will be something I'll have to get used to again, too.  You don't realize how much your body and soul crave such things.

I had my camera, of course, but I could not bring myself to use it.  I will, though, in that little diner.  It will just take some time.

On the scooter, I went where I didn't really want to go, but I felt without true imaginative resources and took the usual route.  I drove through an empty city and further, past the basketball/events arena, past the soccer stadium, on lifeless streets that should be lively.  Further.  I passed a place and turned around.  Palmer's, a feed store from nineteen forever.  You can still buy chicks and worms and baby rabbits here as well as some veterinary supplies.  Won't be here forever.  Two pictures.  Just two.  It was hot, the sun beating like a pile driver.  It would have to rain soon.  You could feel it.

I was bored.  Not bored, exactly, but I felt an ennui rooted in the sterile conditions of my life and the presence of an absence, so to speak.  Though it was early, and though I want to quit drinking so that I can lose weight and look young again, I headed for a morning mimosa at the Cafe Strange.  It is a ridiculous habit, but I can't stand to sit in the midcult bars with the hoi-poloi, nor do I feel right in the chi-chi places in my own hometown.  Broken, sad, lonely weirdos are my chosen people for awhile.  It is only there that I feel a bit of relief.  I can't say why, really.  It is just a sideshow I've somehow joined.

Driving there, I must have recalled the hand upon my shoulder, the gentleness of it, and I thought of Ili hugging me on the scooter, saddened and befuddled that I would never feel that thing again.  A thing is there and you accept it and think it yours, and then it is gone.  All the things that are gone came rushing back and I could feel the anguish and the anger.

And then it was done.  Past the sadness comes the bitterness, and then, hopefully, mere memory.

At the Cafe, a young girl came by and smiled at my camera.  She had hers with her, a Nikon FE2.  It was a pretty little thing in her hand, and I thought of Q and his love for these cameras.  He is right.  They are small and light and beautiful, and they are worthy of attention, too.  I asked her if I could take her picture.  She turned to face me fully.  Funny, with an outsized teenage confidence.  She moved about from seat to seat taking pictures in a way that I can't.  I wondered how she'd turn out. 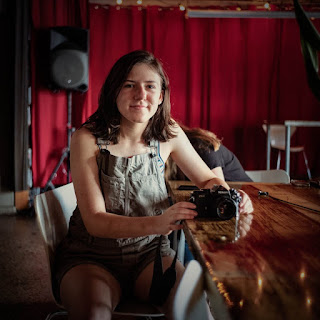 I didn't stay long.  I had a chore to run, buying the guts for my mother's toilet at the hardware store.  And when that was done and I was home, I putzed around downloading photos to the computer and looking at them and listening to music, and time slipped by without my doing what I intended to do which was to scan some Polaroids and to print a picture on my big Epson in the garage.  The day had evaporated like ether.  It was just gone.

Just after I returned to my mother's, the biggest storm of the year rolled through.  There were endless and multiple bolts of lightening, thunder rattling the house, wind making the timbers in the attic pop, torrential rain turning the streets into rivers.  It went on and on.  I felt it earlier, felt that it had to come.  It was a terrible storm.

Last night I slept better and didn't think of all the things that have been recently haunting me.  All things are crazy, and all things pass.  There is nothing to do but to clean up, try to put things back in order,  and go on.
Posted by cafe selavy at 7:39 AM