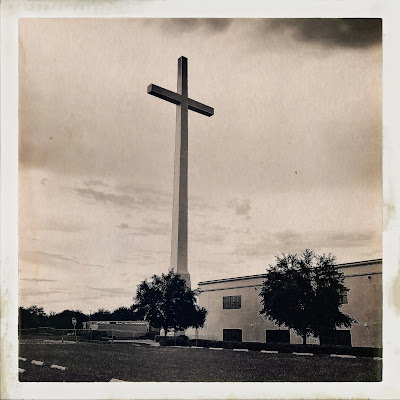 The work week came to an end.  Everything went well until the final moments.  A cocktail party.  Ili was there.  We sat and chatted amiably.  But chatting with Ili was a mistake.  She, of course, wanted to make sure I knew about the cool new things in her life.  New hair.  She has turned into a super athlete.  Lost weight.  Got stronger.  And then. . . I don't know how or why.  It was nothing dramatic.  She explained why she had blocked me on her phone.  What?  I didn't know that.  Why would she do that?  I laughed.  I hadn't tried to contact her.  I am not that sort of fellow.  It was like some adolescent mean girl trick.

And then we went our separate ways.  When I walked to my car, she was getting in hers with what I suspect is her new boyfriend.

I had not eaten much, only two pieces of pizza at noon.  I had brought pizza for my department meeting.  The day had been too busy to get anything else to eat.  So with the drinks early in the afternoon already giving me a bit of a buzz, I went to my buddy's house to try some expensive scotch.  I couldn't drink the way I normally do.  Without food (to which I am pretty accustomed), I was loopy when I left his house three hours later.  After a stop to get a Chicken-Licken sandwich, I was back at my mother's house.  She was waiting to watch more "Mad Men."  I put it on and passed out.  When she woke me to tell me to go to bed, I thought that I would not sleep well that night, so I took a nerve pill, a whole one which I rarely do.

Woke at five and knew staying in bed would be useless torture.

And so, dear reader, I sit here before dawn, coffee in hand, thinking about the future.  Mostly mine.  It is going to take a gargantuan effort to get out of this funky pit of depression I have fallen into.  Been pushed into, I think.  Funny trick, that push.  Maybe getting out of the hole is like climbing a mountain.  You can't climb a mountain.  You can only take a step and then the next one.  You can't hurry.  It is poco y poco.  Each step is important and a misstep can be perilous.  Eventually, if you are lucky, the climb is over.  Is the view worth it?  I don't know.  You don't spend much time up there.  You sit, take some pictures.  Have a drink of water and maybe a handful of trail mix or candy, then you begin your descent.  It is only after the whole thing is over that you really feel the difference.  "I was there," you say, and something comes over you.  It is not happiness, exactly.  It is nearer to relief.

Steps.  Today I will quit drinking again.  That is a dangerous thing to say for it is not a certainty, and I am not a twelve step person.  But I have put all the weight I lost back on again, and it makes me sad.  Exercise.  But I have to put in some meditative stuff like yoga or something.

There is the camera.  I picked it up yesterday.  It came in the big, luxurious Leica box. It is a little like getting something from Tiffany.  I opened it, but I have not used the camera yet.  I was busy drinking.  Today, though, I will make it my own.  This is my breakup camera, I guess.  It is what I have instead of love.  I will focus my attention and affection upon it.  What choice do I have?  If I let my brain do what it wants to do. . . well, it won't be good.  I am, however, going to get some t-shirts made up that say "Team Bourdain."  These have to be really good t-shirts, for I will wear them a lot as a reminder.  Or maybe "Hemingway/Bourdain Expedition Team."  I like that, too.

You know you are in trouble when everyone's life that looked so shitty to you now seems better than your own.  Even the most miserable relationships seem to have their charm.  One doesn't know how much resentment people have for them until the foot slips, the tumble, then the injury.

"Well, that's just the way he wanted it.  He chose that path.  Thought he was really something.  Now let's see how he likes it."

That is not a tragic fall, my friends.  It is something else.  You have to be a hero to others and not just possess hubris to qualify for tragedy.  Sorry Arthur Miller, but about this, you are wrong.

It is time to take the path of the quiet monk.

Hence today's photograph.  Last Saturday, when I made my first outing, I saw a giant cross marking the sky from miles away.  WTF? I thought.  Who gave them permission to do that?  I was on my way to the market destination, but I determined to find it on my way back.

What I found was a big church complex with a parking lot that went on and on for seeming miles.  There was a school and some ugly buildings typical of a strip mall.  Nothing of beauty anywhere in sight.  But beauty, as they say, is in the eye of the beholder.  The parking lots were empty.  I was not in any hurry to meet these "beholders."  I took a few photographs and was gratefully on my way.

I will walk in a little while, hopefully with purpose, toward some small state of grace.  I am too mortal at the moment and must achieve some small part of immortality.  Mortality has me by the throat and I need to think of more than one way to cheat death before she cheats me.  "That old whore, Death," Hemingway called her.  He had seen it and was both fascinated and terrified by it, but in the end, he was able to win out.  His death was a tragedy, you see.  His society was shaken.  There was a real mourning.

Though even at that, he cannot stop people from pissing on his grave.
Posted by cafe selavy at 7:22 AM