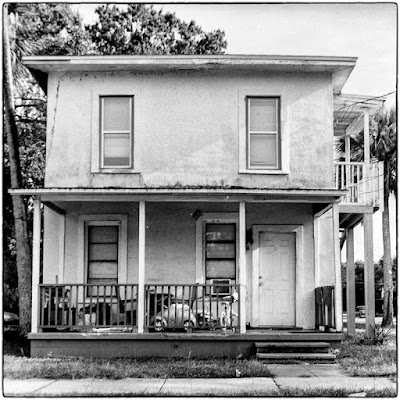 The worst of it is when it begins between two and four o'clock.  If it doesn't start until five or five-thirty, getting up, going to the bathroom, having a drink of water, and lying back down knowing that sunrise is in the offing makes it bearable.  The sleep that occurs after lying back down is usually peaceful.  Either way, though, the horror show is the horror show and I can't figure out how to make it stop.  Surely some must have peace at this age.

But I've figured out part of the puzzle.  I walked into the Walgreen's liquor store the other afternoon.  The fellow behind the counter is an older man from the islands who has worked there a very long time.  He is severely overweight and has a difficult time moving about.  He asked me how I was doing and I said fine and asked him how he was doing.  I guess that was the point.  He said he wasn't doing so well.  Why not, I queried?  He had fallen and had been off work a few days.  Turns out, he needs to have his knees replaced.  Well, I said, they get you up and going right away.  You'll be as good as new.  Then he looked at my shirt and asked me if I played polo.  No, I said, why?  He pointed to the polo insignia on my Ralph Lauren.  He loved polo, he said.  I wondered at that.  Polo is not part of this man's economic bracket.  He will never own a string of polo ponies, nor could he ride a horse.  I can't imagine that he ever rode.  And that is when it struck me, the answer to the question I posed yesterday.  How do they do it?

Of course.  I've read my Eugene O'Neil.  I know that when we strip away people's illusion about their lives, they drop down to the bottom of the deep well of depression.  Our illusions cary us through.

I feel stripped of mine.  There are no illusions for me between two and four o'clock in the morning.  I go to bed with them, I swear.  What happens to them, I don't know.  But in the darkness, they are gone.  The iron gates of hell have been opened and there is nothing but hags, she-devils, demons, and boogeymen.  They seem to enjoy their work.

Yesterday, I did some things that must be done, depositing checks and taking laundry to the cleaners.  Then I took one of my Leicas to the camera repair shop, a little, cluttered place run by a now old hipster.  He had other customers and I was content to sit and watch the show.  It lifted my spirits to be there among the cameras and clutter and music in the narrow rooms of what was once a house as my friend went through his paces.  It felt good to be back in the world.  The afternoon was gorgeous, the skies a distant blue, the air clear as ether.  Something had swept away the humidity so the heat was just heat and not the suffocating, mold and mildew vapor that has been surrounding us.  The doom and gloom were gone for awhile.  My heart lifted.  The world was beautiful again.

And then, in late afternoon, I returned to my mother's.  When I pulled into the driveway, she was sitting in a chair on at the edge of the garage, rocking back and forth, obviously not feeling the same about the day as I.  She told me of her complaints.

That is when I had my second epiphany of the day.  I cannot let myself feel joy as my mother is not joyful, and if I do for a moment, it is immediately replaced by guilt.  And I'm certain that this is normal.  The living must not be allowed to be joyful among the aged and maimed.

And apparently, knowing this does not vanquish the other.  At least I slept until five-thirty.

It has become clear to me, too, the role of a lover.  Illusion.  A lover lets you believe something about yourself that you want to believe in.  It is as simple as that.  That is what is so difficult when they go.

In the startling light of the afternoon, I took my old Rollieflex outside.  I have not used it enough and have never really gotten comfortable with it.  But yesterday, fooling around with the settings, I realized why it was such a good street camera for Vivian Maier.  You can zone focus with it very quickly.  I've never done that.  I've tried to look through the screen and focus precisely which takes a long time, but it occurred to me that I could simply look down at the focussing screen and see the distance settings.  I walked around the yard estimating distances and setting them, then I would look closely through the viewfinder to see how I did.  With a little practice, I got pretty good.  Working that way, you can take a picture pretty darn quickly.  I had always wondered how Maier got those candid shots in the streets with that camera.

Today's picture was taken with the Rollieflex sometime back when I could still go to Grit City.  If my balls swell a bit today, I may take that camera out for a run.  But you know. . . it is confidence you lose when the illusions leave you.  Hmm.  Tragedy relies on hubris and a bad decision.

That is what the young cocksman says before the fall.

There is more thinking to be done here, but mother is up and I need to pay some attention to reality and all its precious needs.
Posted by cafe selavy at 8:48 AM