Panic In Some Sentimental Quicksand 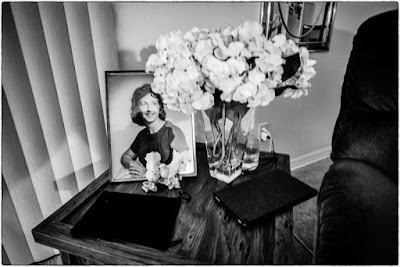 I had a very busy morning at the factory that stayed steady into the early afternoon.  Then nothing.  Beat, I decided to clean up my office a bit.  I am a very disorganized and sloppy person in many ways.  Lazy, maybe.  My desktop was filled with old work, haphazard piles of related papers, memos, to-do lists, notes.  I picked them up and looked at each of them one by one before discarding them or putting them into folders.  Most went to the trash.  Then I started on the drawers.  At first, it was fun as I found all sorts of old photos, gifts, and mementos.  Some of the pictures didn't look like me any more.  There I was with some of the most famous modern American literature critics of the 20th century, they old and wizened, me young and dare I say handsome-ish.  I was on the verge of things, another career.  And I began to fall into a sentimental quicksand.  I knew that soon enough my career at the factory would be over, and that worried me, too.  Another old man sitting at the bank drinking the free coffee, an odd nuisance around town.  It hit me especially hard when I looked at my financial papers that told me what I would make in retirement.  It wasn't as much as I remembered, and suddenly nostalgia mixed with panic.

It became a difficult afternoon.

When I got to my mother's after work, I told her what my afternoon was like.  She wasn't very interested in the plight of the boy looking after her in her old age, saying flippantly,

"You'll be fine.  You'll just have to get used to a different way of living, that's all."

That hit me like baseball bat.  WTF?  It took me many minutes to digest what she had said, and after that very long pause, I told her,

I wanted to return to my house, but as usual, I thought that it was I who was the shit, and so I swallowed my feelings and began making dinner.

Boy, what I wrote after that last sentence was bitter. . . very bitter and very long, and it would have pissed off any friends that I still have left.

I'll just end with a quote from Bill Munny in "The Unforgiven."

"If we got what we deserved, kid, we'd all starve to death."

I'm still making dinner.
Posted by cafe selavy at 8:11 AM