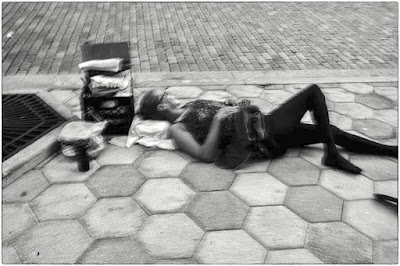 Holy crap!  How does Asia Argento end up on the bottom of the news pile in one day?  Suddenly, the reality of a Pence presidency has grabbed me by the pussy.  There is no winning, ladies and gentlemen.  We are in a game of perpetual loss.

But, you know, gangstas be gangstas and crooks be crooks.  But most of all, stupid be stupid.  You and I are just sucked up into the vortex.  God hates us and he's proving it.

I am obsessed (have you noticed) with the Anthony Bourdain thing, though.  How did a guy like him ever become a national hero?  He was a mid-cult H.S. Thompson, a made-for-t.v. drug addict.  He was a guilty pleasure I got tired of after a couple repetitive episodes but who, after awhile, I would go back to the way you eat cheap chocolates after midnight.

He was not a happy man.  Anyone who ever met him knew that right away (I have it from several good and reliable sources).  Like anyone who does anything brash out in public (you know, the kind we all like), later, he had to have regrets about the visibility of his "sins."  Relative term, but anyone who practices dancing in the margins knows the penalty of those nefarious activities.

My fascination, I think, is the desire to commune with another fucked up, tortured soul who just chose the wrong girl.  Oh, so pretty and weird and not at all like the others, running away from the cliched lives of the masses.  A fellow traveller, so to speak.  Exciting at first when all the manic energy is turned favorably your way, the lit eyes, the unstoppable motion.

Suddenly standing on one foot, holding your arms just so, trying to hit the right posture.  Maybe, you think, if I can help?

$380,000 later, you've paid off the little shit troublemaker who wants money he wasn't offered for sexual favors years ago.  But somehow things are different.  Her attentions have turned in a different direction.


[A]fter Mr. Bourdain’s suicide, Ms. Argento was again unfavorably profiled in Italian news media because of a series of photographs that showed her dancing with a French friend a few days before Mr. Bourdain’s death.

What I want to know--was it with sadness or relief that he took his final actions?

"Mommy", Pence's wife, is the anti-Argento, Pence, the anti-Bourdain.  You see?  There will be no scandal or suicide there.  There is no mania, no depression, just the dull hum of righteousness and existence.

Nope.  There is no winning.  It is a game of perpetual loss.