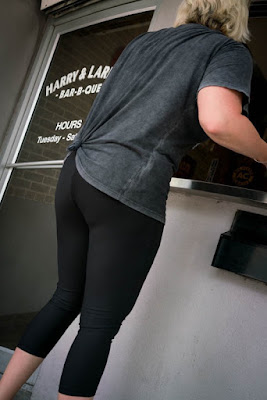 I slept in until four this morning.  I was up at three yesterday.  Did I tell you this?  I'm getting forgetful.  Woke at four with the terrors.  Went back to bed.  Woke up twice more before I got up for good.  "Good."  Ha!  What would be good is to sleep through the night.  What is it that has me by the short hairs?  Did I use too many sleep aids in the past few months?  Is it the alcohol?  Is it a feeling of abandonment.  My mother's condition?  Or is it me contemplating my own mortality?

If I were someone else, perhaps like you, a reader of a blog, I wouldn't give two shits and would be sickened by the whining, mundane questions.  I guess I am as well.  But, you know. . . this is no genius blog.

I was disappointed by the news today.  Nothing there stirred my aging blood.  I was intrigued by a book review about identity, but when I texted it to my friends, the only response came from a buddy who said it focused too much on humans.  If trees could write, what do you think they would write about?  That's right.  Trees.

Whatever.  The happiest people on earth are getting sadder.  So says a study I read about yesterday.  In Sweden, Norway, Denmark, etc.,

In Sweden, the number of people with depression increased 20 percent in 10 years, the national board on health and welfare said last year, a rise that was particularly pronounced among the young. In Denmark, people ages 16 to 24 are more lonely than are people in their grandparents’s generation, a national survey of 180,000 people conducted this year by the Danish Health Authority showed.

Mr. Birkjaer of the Happiness Research Institute noted that a performance culture and the growing use of social media contributed to depression, loneliness and stress.
“These problems are difficult to solve,” he said. “Let’s say social media are a major cause, then what do we do? Ban them? Something else would come in their place.”


The consequences go far beyond the individual, however. “Unhappiness is very costly for society,” the report notes. “That a growing number of people are struggling or suffering has socioeconomic consequences. The problem is particularly associated with absence from work due to illness, low productivity and the consumption of health services.”

Soon, the happiest people on earth will be the ones lacking in technology.  I've thought about going screen-less for a month just to see how my brain would change and to see if I liked it.  I think I would be happier, and I am not even a social media devotee.  But I text.  I blog.  And recently, I opened an Instagram account so I could see the work of certain photographers.  And I surf the web.  And I know that none of it brings me happiness.  Well, except this blog, but even this has negative effects.

"Why are they doing better than I am?"

That's all I can get out of any of it.  The constant comparison of self to others.  It is like being in high school forever.

Last night, I showed my mother how to use Google Maps.  I took her on a tour of the neighborhood where I grew up.  It is crazy.  We went down the street house by house remembering neighbors.  I took my walking trip to the shopping center.  We looked around to see the changes.  When she got up just a bit ago, she said she had crazy dreaming memories about being back in that house, and I realized that a lot of my dreams last night involved my childhood.  I think I might have fucked us up. Technology is like that.

Yes, maybe I should go screen-less just to see.  Or rather not to see.

Maybe I should, but I won't.