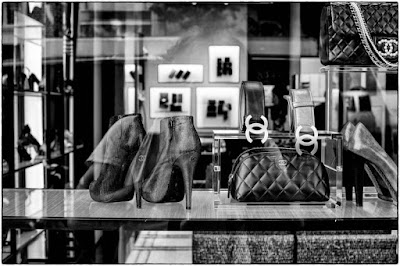 And then. . . I was not having fun.  I was happy for an evening, most of it, anyway, then that was snatched from my grasp.  I was ready to travel alone.  Now, I think, I will be haunted.  From the outside, you can say, "Ah, bullshit, fuck that.  You need to get out of town."  But you know how it is from the other side.  Humans are weak.

You must never show the weakness.

My mother says she hasn't cooked a meal or cleaned the house since I moved home.  Tell me, is that a cry for help or what?  Suddenly, everything I've tried to do is crumbling.

I was starting to do well.  I really was.

It is just what I get.

I saw a man on the street with his belongings.  There are many of them, but I saw this guy.  He was about my age.  He didn't look happy, but he hadn't killed himself, and I thought about my whining.  Would he trade places with me?  We all think we know the obvious answer, but do you ever talk to homeless people?  I do.  I used to be known as the "bum anthropologist" when I was doing grad work in that field.  I had specialized in "urban nomads."  Some of the homeless are there voluntarily.  They don't want to deal with the stress of a house and a job.  It is too much for them.  Paying bills and keeping up--that's what makes them want to kill themselves.  Being an urban nomad is freedom.  They don't envy me.  Don't get me wrong.  If I gave them the house and the car and the bank accounts, they'd take them, but they'd just cash out and spend.  It would be a great holiday.  But they wouldn't move into the life.  They are done with that.  Done.  They are like European Roma.  There is a way of life and a code.

I need to quit feeling that I shouldn't whine, that I am so lucky.  This is what I've done.  It is what I get.

My dead ex-friend Brando was like a Roma.  He squandered everything he got.  Squandered.  I don't know if that is the right word.  He used it in pleasure seeking.  He'd be flush, then broke.  He inherited his parent's house, moved in, but never spent any money on upkeep.  When everything started to fall through and break down, he just sold it and moved into an apartment.  He had a wealthy aunt who had no living relatives other than him and his kids.  He would go to see her once in a while.  She was getting close to death and he thought he was in for a big inheritance.

I saw him when he came back from the reading of the will.  He was never the same.  He got mean and greedy.  He started stealing from his own businesses and cheated his friends.  It didn't stop him, though.  Those he hadn't cheated still came to see him to hear his colorful tales.  He stole money from his girlfriend, and she left him.  He left the condo and rented a room in someone's house.  His business shut down and he left the country to live in Greece in a donated room in a hotel that one of his old clients owned.  He continued to feed his legend, writing home about his life, reading, writing, eating two meals a day and drinking Retsina.  He fell ill and went to the hospital.  They said his organs were "worn out."  That is where he died.

It was the life he chose.  It's what he got.

There is a certain "madness" that eschews what we call safety, for that safety comes with too many responsibilities.  There is the old tale about dog and the wolf (link).  There are dogs and there are wolves.  I am afraid I tried to walk in between the raindrops, so to speak.  I let Brando be my financial guide, but I tried to hold on to the "normal" life.  I tried to play in the boundaries and stretch the rules to the breaking point while still maintaining the trappings.  And those were not just the material.  They were emotional, too.

With each love affair, I've bounced in the opposite direction.  Safe, crazy, safe, crazy.  I realize I'm too much of one and not enough of the other, Janus faced, looking in both directions at once.  There is a good book about it that fucked me up.  "The Razor's Edge."

There is no use comparing lives with that homeless man, feeling lucky or guilty or something in between.  We make choices.  We get what we get.  And you have no right to tell me to quit moaning.  It is an expressive mode with its own set of rules.  I know, I know, nobody likes a whiner.  I'm with you on that if it is simply whining.  I'm a moaner, I declare, which consists of a bit of whining blended with a real attempt at analysis.  I'm a spiritual seeker, a cosmic flaneur, a mystical shaman on his way to Mecca.

O.K.  You're right.  It is annoying.  I'll stop it.  This was just a free writing exercise in search of a theme.  Morning therapy.

It is one of the secrets of the cosmos.
Posted by cafe selavy at 8:25 AM