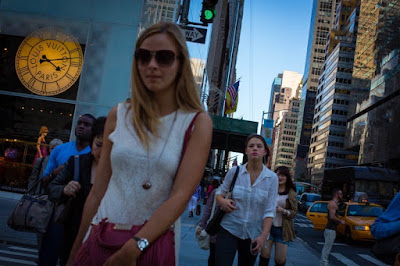 I was right--I felt like shit yesterday.  Sleep is everything.  I am a baby.  I can't function well after somnus interruptio.  I used the Google translator for that one.

I called Delta yesterday to find out how I would use my flight voucher number online.  I was told I couldn't, that I would have to book with an agent.  Then I was told that I needed to have my travel completed by tomorrow.  What?!?

"That is not what I was told.  I called a couple weeks ago and the online agent told me that I had to book by the 18th."

Au contraire I was told.  But the lady on the phone was nice and asked if I could hold the line while she checked with her supervisor.  In the end, the extended my dates by a month.

Still, I have to book today.

Somnus interruptio.  I got drunk last night planning--or not planning--my trip.  Discretion is the better part of valor; indecision isn't.  I will be traveling alone.  Sometimes that is great.  Sometimes not.  With my psyche where it is right now, it is a coin toss as to how it goes.  I have to make a decision, NYC or LA.  Initially I thought to fly into LA and out of San Fran after driving up the coast, but I've thought about that a bunch and I think it is too much, or rather my experience would be too thin, for the amount of time I am going to spend out there.  I don't know LA much at all, and I would like to explore some of the surrounding areas like Palm Springs and other weird parts of the desert.  There are big stretches of LA that I want to explore.  But NYC is so walkable.  It is all right there and I love it.

Then there is the whole photo thing.  Can I make pictures in Cali?  I know I can in NYC.  Shit, shit, shit.  I'm a mess.

I have to decide today.  Weather is a factor.  My factory pals are voting LA, but I've never been good at taking advice.

I've just had a brainstorm.  I think I'll try photographing in drag.  Brilliant!  Nobody knows me.  I'll put on a walking dress and a hat and a little makeup and see how people react to me taking photographs.  No shit!  Thank you, Caitlyn!  I will be able to walk right up to children with my camera.  There are so many things a female photographer can do that a male photographer can't.

I'll have to try costuming tonight.  God, this is brilliant.  I'm going to need help.  Girls or gay friends?

I'll have to wear a girdle.  I am sure my gut will give me away.

This only complicates my preparations, though.  I need to simplify.  How many cameras?  Which ones and what kinds?

Shit piss fuck goddamn.  Well, as the good Doctor used to say, "Buy the ticket, take the ride."  And as Jimmy McGill says, "It's all good, man" (Saul Goodman).
Posted by cafe selavy at 7:59 AM