One of My Most Confused Posts Ever 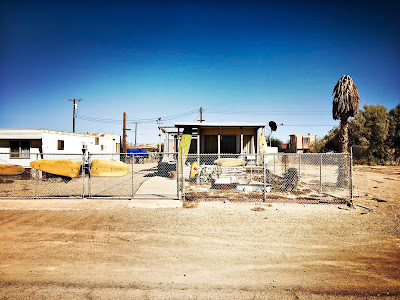 I still haven't worked on the trip photos yet, but I will today.  I don't have much enthusiasm for that, though, for they are the end of summer photos and I have returned to the beginning of autumn.  That was marked yesterday by changing the quilted comforter on the bed.  I have two of the same that I bought from Pottery Barn from decades ago.  The green one I put on for spring and summer.  That was put away yesterday as the burgundy one emerged.  I'm a sucker for such simple traditions.  It was almost momentous.

I had a long but successful day at the factory, and after work, I wanted to celebrate, so I stopped at the chi-chi bar for an Old Fashioned.  I was celebrating alone, but it was still a celebration.  The day was pretty, the temperatures a bit cooler and the air a bit drier, and I decided I would grill myself a steak, so after one cocktail, I went marketing, upbeat and looking forward to the weekend.

Back home, I got out of my work uniform and into my "soft clothes," a t-shirt and loose harem pants. Laugh if you will, but the goddamned things are cool.  I've worn them out to get groceries and to the liquor store and even to see my beautician who was mad about them, and yesterday when I went to the garage to run my printer, the tenant went mad for them, too.  Putting them on changes the way I think.  They are dangerous, though, as they have an elastic drawstring waist.  I could get very, very fat wearing them, but of course that is why I like them.  It is in keeping with my new philosophy of being kind to myself and taking "the gentle path."

So, elastic waistband in place, I was ready to grill.  I opened a bottle of wine, chopped the potatoes and slathered them in olive oil, salt, black pepper and red pepper, and wrapped them in aluminum foil (I prefer tin), and then did the same with the asparagus.  Then, grill preheated to about 500 degrees, I put everything on.  It didn't take long to sear the steak on both sides, then I set the temperature down and sat at the dinner table on the deck to smoke a Cuban cigar and drink my wine and think.  I was still happy.  It had been many months since the weather encouraged sitting outside, and it was fun again to wave to those on their evening strolls.  This was to be the first outdoor meal of the season.

Everything was delicious, and clean up was easy.  It was time for a whiskey on the deck, and everything was wonderful and good as the sky went from light to dark, shade by shade, until it was almost night.  I decided it was time to go inside.

I looked at my phone.  Nothing there.  And that is when I began to hear the house.  There was no music.  There was no laughter.  There was nothing to distract me from the empty sound of the quiet rooms.  I thought to read.  I thought to do some writing or to sit down at the computer with the trip's pictures, but suddenly my energy had waned.  I sat down on the couch and turned on the t.v.  I looked at the clock to see how long before bed, then put on a documentary about a Conde Nast photographer I had never heard of.

Sometime later, I woke up.

And that is how I celebrated the changing of the comforter.  The end.

I'm looking forward to some things today, a scooter ride, lunch, a nap.  When I write it down, it looks pitiful.  Still.  And tonight is the big fight.  I am considering purchasing the pay per view for $67, but I am afraid I'll fall asleep before the main event.  I would really like to see it, though.  You know. . . "the fighter still remains. . . ."  Conor McGregor, who I keep mistakenly calling as Gregory O'Connor, is the Donald Trump of MMA.  And indeed, the people watching the fight will be overwhelmingly Trump supporters just like a NASCAR race or a country music concert.  And in the other corner is the Russian Muslim, Khabib Nurmagomedov.  It is a classic professional wrestling card except for the fact that these guys are going to really beat the shit out of one another.  And who doesn't enjoy that?

See, that is the trouble with lefties.  They enjoy a good debate more than a good fight, and that is why they and I are losing.  I keep telling my lefty friends to quit using academic jargon and to go to a Tim McGraw concert once in awhile or go see some professional car racing or just get into a fight.  It will change the way they relate to the world.  Watching soccer isn't enough.  But they don't want to hear it, and every time I open my mouth any more, somebody gets mad and people start crying and leaving the room, and I'm not exaggerating.  My lefty friends are all a bunch of whiny babies who get pissed off if you don't agree with every inch of their intersectional/plant based platform, even if you are on their side.

Oh, I don't want to get started.  They've all resigned themselves to a Kavanaugh Supreme Court without taking responsibility.  Unless liberal values become more inclusive, the right will keep winning.