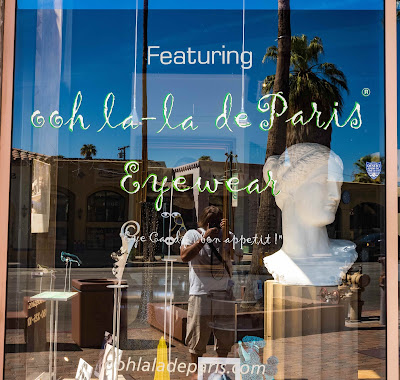 We live in a specialized world.  When I look at the medical bills from my treatment and stay in the hospital, I don't know who most of the people billing me are.  There are many specialists and many helpers, especially in the operating room.  I'm surprised I haven't gotten a bill from the janitors yet.

To wit: I went to the dentist just a bit ago to have a crown that had fallen out put back on.  Seemed simple.  Same dentist who had put it on, I think.  Maybe.  It might have been the one before him.  I don't know.  But the crown fit onto the tooth without a problem.  And then the dentist offered me three options.

"I can put this back on with some cement, but I can't tell you how long it will stay on.  It could be a week, it could be ten years."

I was fine with that, but it seems he works with another dentist now who is a prosthodontist.  He recommended that I see him to have a new crown.  He might recommend a root canal, but he didn't know.  What did I want to do?

I told him I didn't have sufficient information to make a decision.  I was confused, really.  In the past, this fellow had put on a crown.  Now. . . he practiced "family dentistry."  Had the rules changed, I wondered?  Was he never supposed to do crowns or was this just another change of the type that put Dr. Marcus Welby on the little league team?  Those were not questions that I asked him.

And of course, the right choice was to see the specialist.  He put my crown in a case and handed it to me.  I would need to make an appointment with the prosthodontist.

I left flummoxed.  What the hell?  I felt I should have had the old crown cemented on, but now I didn't want the old dentist to do it.  Would the prosthodontist recommend that?  Shit, fuck, goddamn.

Driving home, I decided to do some research.  I was going to change dentists.  I didn't need this hillbilly any more.

But this is the way of the modern world, no?  If I want a one stop shop, I need to live in a less specialized country.  What would have happened in a European country, I wondered?  Or in an Arab country?  I was pretty sure I knew what would happen in Mexico, Venezuela, or Columbia, all fairly modern by world standards.

It cost me $80 for the recommendation.  They no longer took my insurance.

I am told I am getting the best medical attention in the world.

I've decided to have a Belgian Ale tonight.  I had another long day at the factory, and I feel tired and worn.  I am excited to try a new lens that came today, a 5cm Nikkor LTM (screw mount) lens from the late 1950's.  I shot a little with it, and it looks beautiful.  I need to get another adapter, though, as the one I have will not bring up the correct frame lines on my Leica's.  I'll get it right eventually.  Now I just want to go out and shoot.  But not yet.  I am too tired at day's end.  I will study more Eggleston and more Winnogrand tonight.  What was going on in those opaque minds?  Neither explained their works and both said that the photos were just meant to be looked at, but I am convinced there are algorithms in the works that I can partially interpret.  That will be my evening.

I am preparing for the future that I hope exists.

Here is the last photo of me as a whole.  Here you see my goal.
Posted by cafe selavy at 6:34 AM