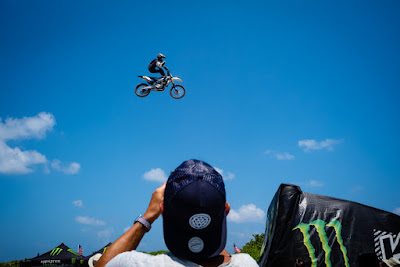 I watched Trump kick off his 2020 campaign last night.  I didn't mean to.  I just got sucked in.  Once you see it, how do you look away?  He is not just a liar.  He is THE GREAT EXAGGERATOR.  He is.  He is terrific, really good.

He reminds me of a lot of men from my father's generation.  They talked in those grand terms.  A lie can seem true if you pepper it with just enough of what is verifiable.

For instance, last night he made a stunning point.  When he debated Hillary, she asked him if she won, would he support her.

"That was probably the toughest question of the night.  Look how it turned out."

Yup, Hillary's question was disingenuous.  She has never supported Trump.  But we knew that.  Still, the point is made.

On the other side, my main man, Jeffery Toobin, was making a silly point.  The millions of illegal immigrants that Trump wants to lock up, he says, have jobs.  They have families.

I don't get the point, unless he means certain crimes should be forgotten if you work and have children.  There has to be a better argument than that.

It is hard to know where to run.
Posted by cafe selavy at 7:45 AM