The Disguise of Beauty 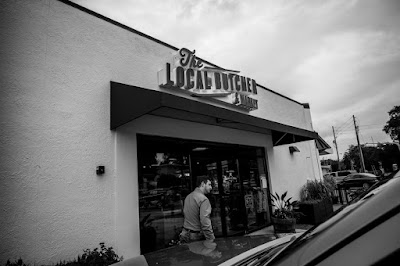 Monochrom, my new carry around camera.  Lots of silly, nothing shots that will look better in twenty years, maybe.  Probably not.  I'm just digging shooting again.

I should have gone to the Trump rally and made pictures, but it seemed too difficult.

I got beautified yesterday.  My beautician told me her troubles which are many and terrible, then she told me about her training and dancing and dreams.  She is forty years old and looks terrific, but I find her desire to enter competitions a bit confusing.

She said she wanted me to take some photos of her.  I asked her for what purpose.  She showed me some photos that she liked.  That is not what I do, I told her.  They were either advertising or vanity photographs, things that tried to disguise and beautify reality.  I tried to explain that to her, but I couldn't tell her that I wanted to photograph reality in all its ugly horror.  I don't think that would have been accurate.  But close.  I like beauty fine, but I haven't any interest in photographing people to disguise who they are.  There are phone filters that can do that.

"I like to photograph people who are naked," I said, "raw and unadorned. I'd just put your receptionist on that couch and try to show the crazy in her."

You know, that's not what people want to hear from a photographer.  Well, not everyone, anyway.  But that is really what I want to do.  I'll try to make pretty pictures of flowers and of Ili because that is what she wants, too, but other than that. . . not so much.

I do like pictures that make me seem desirable, though.  I get it.  I just don't want to be the one taking them.  I would do fashion for money, but so would everyone else.  It is a crowded field.

Having said that, what will I photograph?  Ugly reality?  Diane Arbus--style portraits? 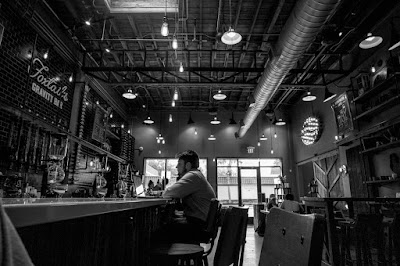