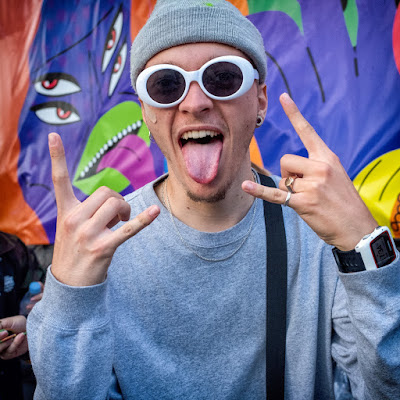 Here is a few of my crowd shots from the Paris Techno 2019 parade.  I went to a party of "woke" people Saturday night, and I tried to kid them that I got caught up in the Children's Pride Parade instead.  What fun, I said.  Of course, they did not think I was funny.  What's wrong with them?  They are all for letting three year olds choose their gender.  You think I got that off a Bill Burr special, but it is not true.  It is kind of true, but the couple having the party ARE letting their children be gender fluid.  I'm not complaining. They can do whatever they want with their children.  They just don't think I should be able to comment upon it. 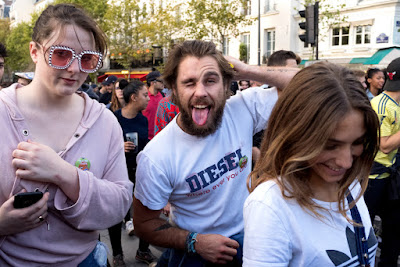 Whatever.  Seems like tongues and crippled fingers are still "a thing." 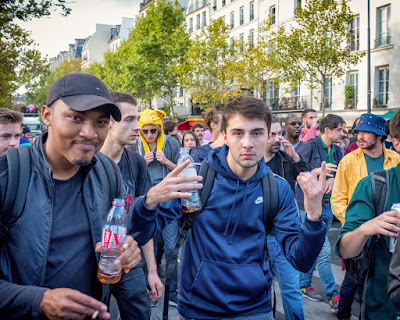 The girls, you know, were more demure. 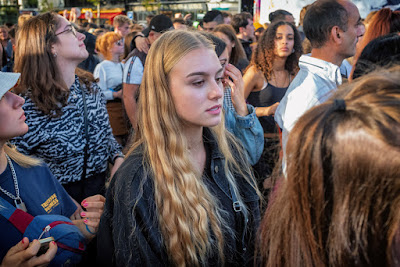 There is nothing like the smell of hormones and youth jacked to the gills on music and drugs.  It is Q's milieu.  I've always eschewed the crowd myself unless I was in front of it.  Oh, yea. . . Q was, too. 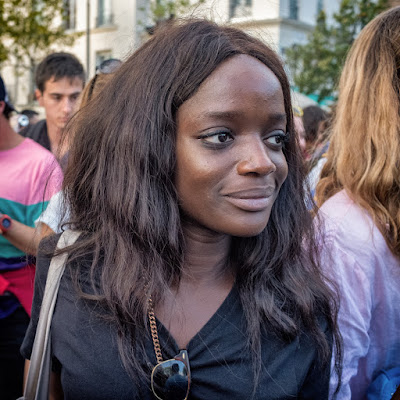 I'll be crying about not having any images later, but these are not very good.  They are just the only ones I got to take with a camera while I was in Paris.  Ten minutes of madness, just running and gunning in along the Seine in old Paree. 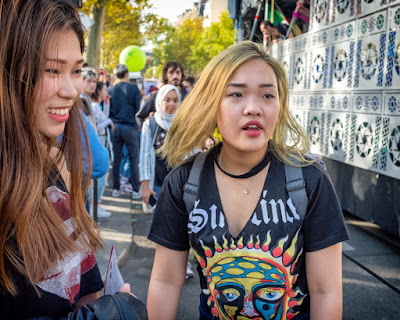 All they want to do is dance. 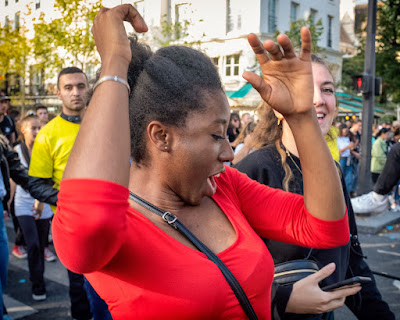