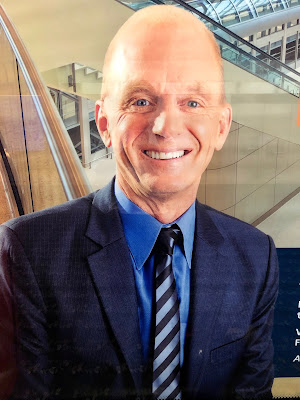 I'm in Detroit.  It is 28 fucking degrees outside.  But we are staying at the Detroit Club, the oldest of private clubs in the city.  This particular building was built in 1892.  It was renovated a few years ago, but it is still a private club.  Everyone at dinner and the bar last night were members, not scumbag hillbilly interlopers like us.  We stayed at the bar and drank until bedtime.  Not the bar, exactly, but the Library, as it is called.  We sat very comfortably on a couch by the fire.

We walked downtown and midtown yesterday.  I would say Detroit is a not for long visits.  But it in no way seems dangerous.  People have been very friendly.  It is the midwest.  We keep asking people for crack.  They say no, it is meth here.

The first thing I did was lose one of my new expensive gloves.  Now I have one.  I have to keep the other hand in my pocket.  I'm a loser.  Ili bought them for me.  I guess I'm an ingrate as well.

I took this photo in the airport.  Something went wrong, but it made the picture so much better.

I've not been able to take any more pictures.  Ili does not like me using my camera.  I didn't take pictures of people and get yelled at as I have done in the past, but she still asked me to put my camera away.  I'll have a few minutes here and there in the snow, probably, by myself.  Maybe I can get some photos then.

With my gloved hand.
Posted by cafe selavy at 7:54 AM